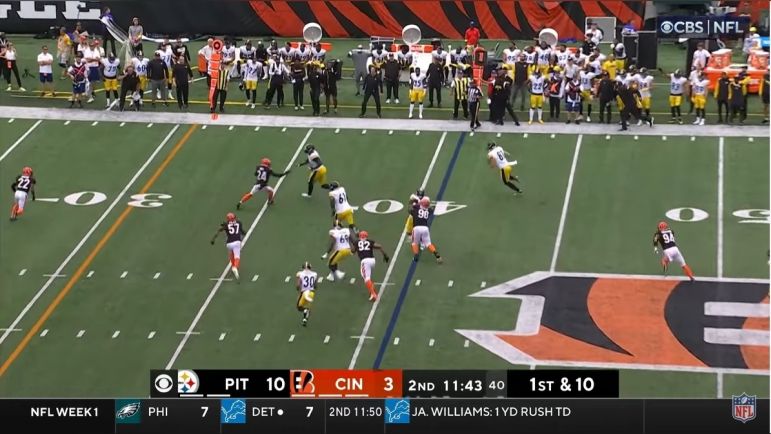 With two games under their belt, the Pittsburgh Steelers are set to play their AFC North rival Cleveland Browns on Thursday Night Football. It is still early, but two games provide a picture of what the two teams look like. These two teams have talented rosters with uncertainty at the quarterback position, making for a great match up. Not to mention, there is plenty of history between the divisional rivals. Here are some statistics for the matchup on Thursday as well as its historical context.

5.1. The Steelers are averaging 5.1 yards per completion, which is dead last in the NFL. This is something they have struggled with since 2019, as the team ranked in the bottom three in the category in the past three seasons. With deep threats such in receivers Chase Claypool and Diontae Johnson, this must improve.

20. Despite having star defensive end Myles Garrett and facing two opponents with bottom 11 PFF offensive lines, the Browns have a 20% pressure rate, which ranks 22nd in the NFL. Meanwhile, Steelers’ quarterback Mitchell Trubisky ranks 31st in the NFL in pressure rate, having only been pressured 12% of the time. Trubisky’s passer rating is significantly better when kept clean, and the Steelers must keep Garrett and company out of the backfield.