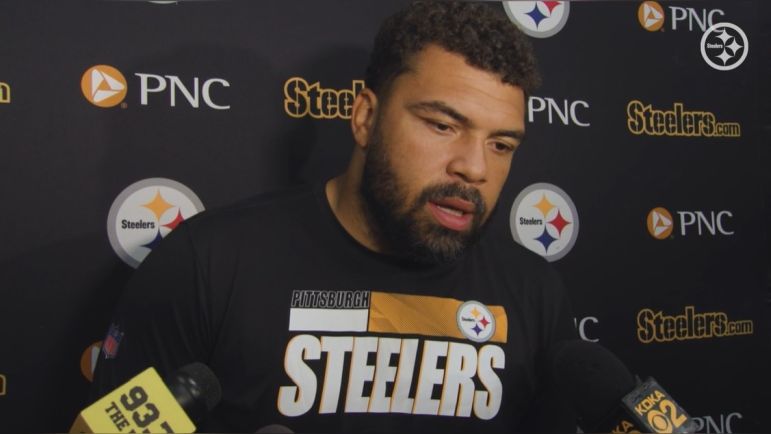 Last season, the Cincinnati Bengals flat-out owned the Pittsburgh Steelers in the two matchups in AFC North play, outscoring Pittsburgh by a total of 65-20 on their way to winning the AFC North and making a run to the Super Bowl.

Sunday’s Week 1 season opener at Paycor Stadium between the two AFC North rivals marks another chapter in the long history of the two franchises, which also allows the Steelers to move on from last season’s struggles against Cincinnati.

For All-Pro defensive tackle and team captain Cameron Heyward, Sunday’s opportunity means more because of the AFC North implications, but it’s also a chance for the Steelers to seize upon a great opportunity in front of them, picking up a key win in division play while also showing the league that they won’t roll over against the defending AFC champs.

Speaking with reporters Thursday from the UPMC Rooney Sports Complex on the South Side, Heyward quickly stated that it’s a new year and what happened last year doesn’t play a part in this year’s matchups, though the members of last season’s team have to own the failures against the Bengals. For now though, Sunday’s matchup offers the Steelers an opportunity to write their own story in 2022.

“It’s just about really seizing this opportunity and understanding that this game counts a little bit more because it’s the AFC North,” Heyward said, according to video via Steelers.com. “You lose once in the AFC, that’s one thing. You lose it in the AFC North, that’s two things, you know, it slides you down a little bit further. So, these games count more and you have to approach ’em like they’re life or death for your team.”

That could seem a bit over the top from Heyward, especially from a Week 1 perspective, but with the season opener being an AFC North matchup against the Bengals, it certainly means more for both teams involved. A win early in the season within the division can be a springboard to greater success down the line while putting a rival on their heels. A loss puts a team in catch-up mode, not only in the AFC, but within the division as well, early in the season, making the 17-game schedule all the more difficult.

Heading into the Week 1 matchup against the Buffalo Bills last season, everyone seemed to be picking against the Steelers, and that seems to be the case right now entering the 2022 season and the season-opening matchup with the Bengals. There’s a real opportunity here for the Steelers to set the tone early in the year, show the Bengals they aren’t going to be pushed around this season, and really make some noise across the NFL landscape right away.