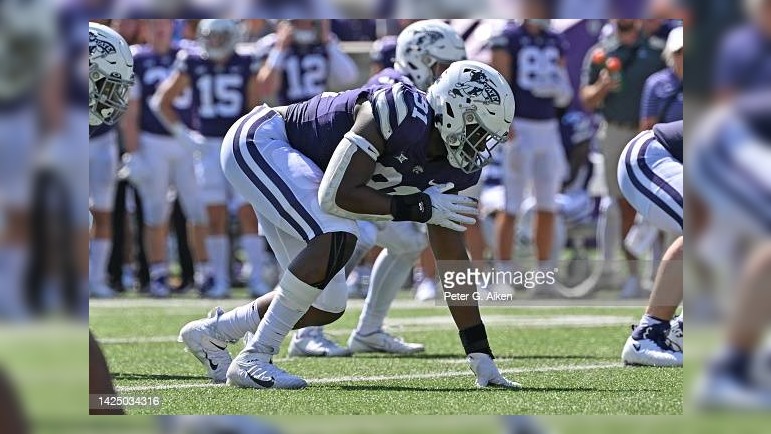 The Clemson Tigers travel to Winston-Salem to take on the Demon Deacons in an ACC conference clash.

For the Tigers, all eyes should be directed to LB #22 Trenton Simpson. The 6’3, 240lb off-ball linebacker is a H-W-S specimen, emulating what the new-age LB is supposed to be in the NFL. He can run sideline-to-sideline in pursuit against the run and is more than capable in coverage, having the athleticism to run with backs and tight ends in man and the quick trigger to make plays in zone. Already being touted as one of the best ILB prospects in this draft class, Simpson can help make his case as ILB1 in 2023 with a strong performance against an opponent that will look to challenge his coverage ability early and often.

Simpson will be tasked with making life hell for QB #10 Sam Hartman who commands the Wake Forest offense. After missing the season opener for personal reasons, Hartman is back to where he left off last season, throwing for 300+ yards in his last two contests along with seven passing TDs. The 6’1, 210lb redshirt senior lacks the ideal size and arm talent you look for in prototypical franchise QBs at the next level, but Hartman has become one of the most prolific passers in college football after a 4,228-yard, 39 TD performance last season. A viable threat to use his legs as well, Hartman could become a quality backup/spot starter at the next level and will look to pull off the upset at home.

The Hogs are off to a 3-0 start and look to extend their record to four-straight wins this weekend as they travel to Jerry’s World in Arlington, TX to face off against the Aggies in an SEC showdown.

Arkansas has several NFL-caliber defenders on their defense, but the leader of the unit is LB #10 Bumper Pool. The 6’2, 232lb redshirt senior has become Arkansas’ all-time leading tackler, having two-straight 100+ tackle performances with a campaign of 94 total stops back in 2019. Pool is a throwback defender at the second level, lacking the top-end athletic traits compared to some other prospects at the position, but makes up for it with his instincts, processing, and relentless pursuit of the football. He will face a big test against Texas A&M’s offense, but Pool figures to be an NFL-caliber linebacker for years to come.

The #1 offensive weapon Pool and the rest of the Razorbacks defense will be keying on from Texas A&M will be RB #6 Devon Achane. The 5’9, 185lb junior lacks notable size to be considered a feature back, but he is an explosive playmaker with the ball in his hands, operating as a RB/WR hybrid that can be utilized numerous ways. He posted over 120 scrimmage yards and a score against Miami last week, helping the Aggies pull off the upset. In a league with several notable satellite pass-catching backs, Achane profiles to be the next one and will be a player to keep an eye on as a potential compliment to bigger bruising back.

GREAT things happen when you get DEVON ACHANE the ball!!! pic.twitter.com/6BS0JlqDuZ

The Badgers will head to the Shoe in Columbus this weekend for a blackout game against the Ohio State Buckeyes. Wisconsin comes in as 19-point underdogs and will need a stellar performance from their defense to slow down OSU’s dynamic offense. One player that will be tasked with making C.J. Stroud uncomfortable in the pocket will be LB #19 Nick Herbig. The 6’2, 228lb junior looks to be the next Badgers pass rusher that will make the transition from the college game to the pros. He posted nine sacks last season and is off to a hot start with four sacks three games into 2022. He will face a quality Buckeye offensive line Saturday night, only helping his draft prospects should he be disruptive.

One of the players Herbig and the rest of the defensive front will look to get past on the offensive line is OT #77 Paris Johnson Jr. The 6’6, 310lb junior start his career at guard before kicking out to the blindside this season and has faired well there thus far. He is a good athlete with the fluidity to move in space and work to the second level as well as the footwork to mirror in pass protection and keep pass rushers at bey. He still needs to improve his strength and power and will face an aggressive badger defensive front that will keep his hands full throughout the night.

The Wildcats go to Norman on Saturday night in hopes of knocking off the Sooners at home. One plyer that will be looking to wreak havoc on the Oklahoma offense is DE #91 Felix Anudike-Uzomah. The 6’4, 255lb junior is one of the most dynamic pass rushers in the country as he is coming off an 11-sack performance in 2021 which included six forced fumbles. He’s at 2.5 sacks thus far in 2022, one being a strip sack and often wins with a wicked fast get off on the snap of the football. Pair that with powerful hands to bull rush blockers into the pocket, and you have yourself quite the EDGE prospect that looks to hunt QBs in the league for years to come.

Felix Anudike-Uzomah with arguably the most dominate game ever by a K-State defender pic.twitter.com/iZ2YF9tDpY

The man that will be tasked with keeping the pocket clean from Anudke-Uzomah’s rush is OT #71 Anton Harrison. The 6’5, 315lb junior has the height, length, size, and athleticism teams drool over in a prototypical NFL OT. He has been inconsistent in terms of handling power rushers with his anchor, but his footwork both in pass protection as well as on the move in the run/screen game is something to watch. Should he pitch a shoutout of K-State’s talented pass rusher, look for Harrison’s stock to soar.

“Pac-12 after dark” concludes Saturday’s slate with a top 25 matchup between the Stanford Cardinal and the Washington Huskies in Seattle. The Cardinal will feature CB #17 Kyu Blu Kelly in the secondary and will be tasked with neutralizing Washington’s explosive passing game in a hostile environment. The 6’1, 188lb senior has the length, speed, and athletic traits that profile as a starting corner on the outside for NFL defenses but needs to clean up his technique after getting torched by USC’s Jordan Addison in Palo Alto. Should he rebound and represent himself well against WRs Jalen McMillian, Ja’Lynn Polk and the rest of the Husky passing attack, Kelly could position himself back into top 5 consideration at the position.

For Washington, OT #51 Jaxson Kirkland had himself a game last week against the Michigan State Spartans. He was physical at the point of attack, helping the Huskies control the LOS while keeping Michael Penix Jr. clean in the pocket where he shredded them to the tune of 397 yards and four TDs. Having dealt with several injuries during his time in college, many wondered whether Kirkland would be able to reclaim his lofty first-round projection from a couple years ago, the sixth-year senior tops the scales at 6’7, 340lb and is battle-tested in the trenches. Should the medicals check out, Kirkland could be a valuable mid-round draft investment for a team needing OL help.