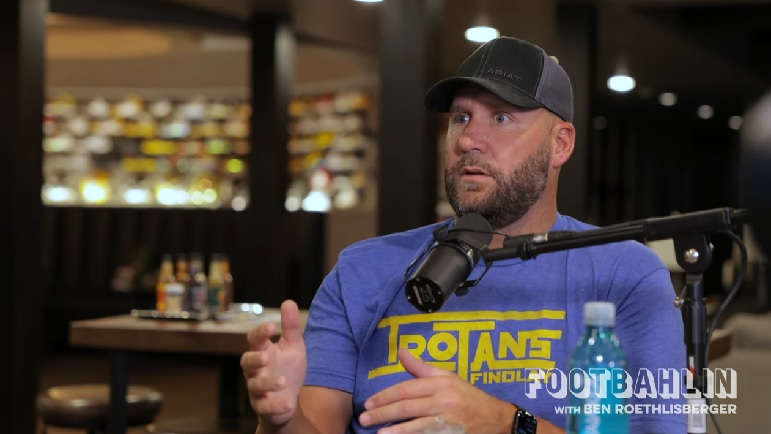 Over the course of his storied NFL career, future Hall Of Fame quarterback Ben Roethlisberger owns far too many individual accolades to write about here, including two, and almost three, Super Bowl titles. What he also owned is a vice-like grip of dominance over his home state of Ohio, which includes an astonishing 26-2-1 mark versus Cleveland, and a 24-10 mark over the Bengals, the team who just so happens to be the Pittsburgh Steelers’ opening benchmark this Sunday at Paycor Stadium.

Needless to say, if anyone knows how to take care of business against the Bengals, it was #7, and he was vocal about it in the most recent episode on his new podcast, without heaping too much praise on the defending AFC Champs. He instead spoke far more glowingly on his former team, and the keys to victory come Sunday.

“Well, you know that Cincinnati’s got a great offense, great quarterback,” Roethlisberger said via his Footbahlin Podcast, before quickly shifting gears. “That’s good because our defense, I think is exceptional. I think the rush will get after Joe [Burrow]. Joe’s going to have to get the ball out of his hands quick and so I’d like to see the defense really kind of set the tempo, which I know they will.”

On a defense already littered with All-Pro talents at every level, the team hopes the infusion of outside free agents along the front seven, most notably Larry Ogunjobi and Myles Jack, will help improve a putrid run defense which ranked last in the league in 2021. After all, nobody knows about just how bad it was more than Bengals Pro Bowl running back Joe Mixon, who absolutely gutted the Steelers for 165 and 90 yards, respectively, in the Bengals’ 41-10 and 24-10 wins over Pittsburgh last season.

Another point of emphasis Big Ben honed in on is the fact that Pittsburgh seems to be getting disrespected by the overwhelming majority in the sports media, who are primed to already write off Pittsburgh in this game, particularly due to the stigma that’s seemed to attach itself to Mitch Trubisky since his Chicago playing days.

“I’d tell Mitchell this, just like I told him when he came for dinner, “Play within yourself, do what you know to do, don’t try and do too much, Roethlisberger said. “I know that when, if it’s not there, he’ll do something with his legs.”

That last part is key, because it’s one of the qualities missing entirely from the Pittsburgh offense the past several seasons, as Roethlisberger appeared to have cinder blocks attached to his cleats as he moved around the pocket. Trubisky not only boasts 4.67 speed in the 40, he also ran for 421 yards during his Pro Bowl season in 2018. Roethlisberger expects success on Sunday in Cincinnati, just as long as the offensive line does their part, after looking a bit shaky throughout the preseason.