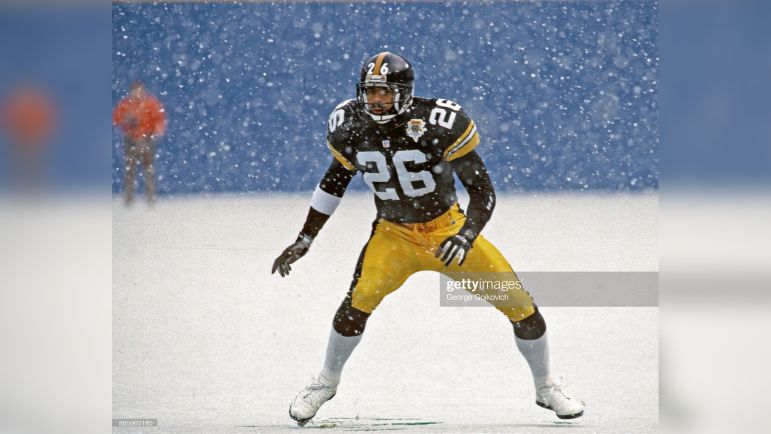 The Pittsburgh Steelers will play the Cleveland Browns on Thursday night and on Friday night there will be a show on the NFL Network that fans of the team might not want to miss as well.

The Emmy-nominated and highly acclaimed NFL Films-produced series, ‘A Football Life,’ continues Friday, September 23 at 9:00 PM ET and PT on NFL Network with a profile of Pro Football Hall of Fame defensive back Rod Woodson. The one-hour show will feature sit-down interviews with Woodson, former players such as Ray Lewis, Michael Irvin and Carnell Lake, former coaches Bill Cowher, Dick LeBeau and Tony Dungy, and others.

Among the topics discussed in Rod Woodson: A Football Life include:

Woodson, who was an inductee of the Class of 2009 of the Pro Football Hall of Fame in Canton, Ohio on August 8, 2009, was originally selected by the Steelers in the first round of the 1987 NFL Draft out of Purdue with the tenth overall selection.

In his ten seasons with the Steelers, Woodson played in 134 total regular season games, and he registered 38 interceptions with five being returned for touchdowns. He also forced 16 fumbles as a member of the Steelers and returned a fumble for a touchdown. He was credited with 671 total tackles during that span of 10 seasons in Pittsburgh and 13.5 sacks.

Woodson also served as a returner in Pittsburgh and returned two punts for touchdowns and two more on kickoffs. He totaled 8,104 return yards in those 10 seasons.

Woodson went on to play 17 seasons in the NFL as a member of the Steelers, Baltimore Ravens, Oakland Raiders, and San Francisco 49ers. He ended his NFL career 71 interceptions of which 12 he returned for touchdowns.

After his NFL playing career ended, Woodson has coached for numerous NFL teams. He is currently the head coach of the XFL’s Las Vegas franchise.