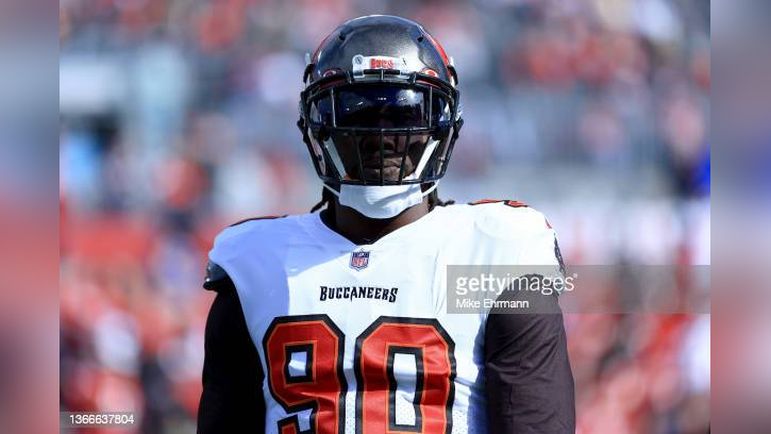 The Baltimore Ravens are taking a big swing at bolstering their pass rush, reportedly signing veteran EDGE Jason Piere-Paul to a one-year deal worth up to $5.5 million, according to NFL Network’s Ian Rapoport.

The #Ravens and Jason Pierre-Paul, who have been talking for months, agreed to terms on a 1-year deal worth up to $5.5M, source said. A rare non-minimum deal during the season.

As Rapoport notes, the two sides have been talking for a long time and have finally been able to strike a deal.

Now 33 years old, Pierre-Paul spent the last four seasons with the Tampa Bay Buccaneers following a long career with the New York Giants. In 2021, he recorded 2.5 sacks across 12 starts but is only one year removed from a Pro Bowl season, racking up 9.5 sacks in 2020. Over his career, Pierre-Paul has 91.5 sacks.

Through two games, the Ravens have just four sacks. It’s a veteran-led group with Justin Houston and Calais Campbell but Pierre-Paul should provide rotational help.

The Steelers won’t see the Ravens for quite some time, not facing off until Week 14. They’ll meet again in Week 17. So far, the AFC North has been a bit underwhelming with the Cincinnati Bengals off to an 0-2 start, the Ravens blowing a late lead to the Miami Dolphins, while the Cleveland Browns and Steelers are coming off Week 2 losses as well.