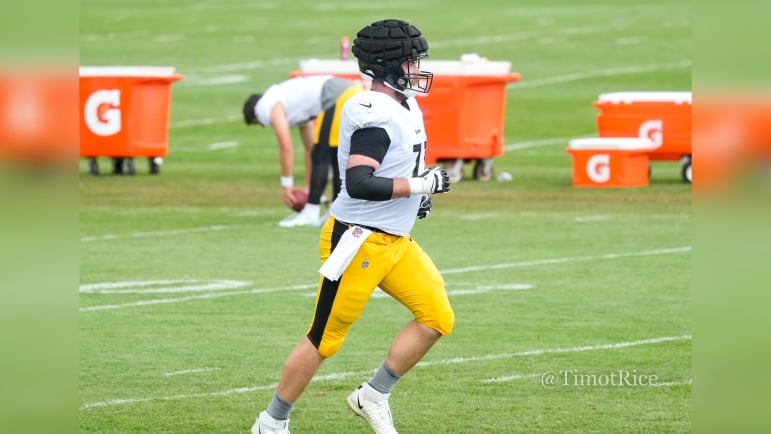 Joe Haeg doesn’t have to go far for his next NFL stop. After taking a visit late in the week, Haeg is reportedly signing with the Cleveland Browns, per NFL Network’s Mike Garafolo, who tweeted the news moments ago.

The #Browns are signing veteran OL Joe Haeg, source says. With RT Jack Conklin working his way back from knee surgery, Haeg provides depth at tackle and he can play guard, too. Haeg met with the #Raiders last week but heads to Cleveland instead.

Haeg visited with the Browns on Friday and is now signing a contract with the team, providing versatile depth for  Cleveland. As Garafolo notes, Haeg also drew interest from the Las Vegas Raiders as the Josh McDaniels’ regime retools their offensive line. But Haeg is staying local and selecting the Browns.

Haeg was arguably the Steelers most surprising cut as they trimmed their roster down to 53 though there were some signs he was falling out of favor with the team. Pittsburgh chose to keep veteran OT Trent Scott over Haeg, initially releasing Scott but bringing him back after placing WR Calvin Austin III and S Damontae Kazee on IR. Scott is a Pat Meyer-favorite who has worked with him in Los Angeles and Carolina, following him to Pittsburgh this offseason. Scott appears to be the top backup offensive tackle though Jesse Davis, who the team traded for Tuesday, also has experience at both tackle spots. Davis told reporters he saw time on the right side with the team during his first practice with the team.

Signing a two-year deal with Pittsburgh last year, Haeg made two official starts for the Steelers and played 307 offensive snaps. He brought experience at every position besides center. For his career, Haeg’s appeared in 79 games, starting 40 of them. The Browns will be his fourth team after spending time with the Colts, Buccaneers, and Steelers.

Pittsburgh will roll with a backup offensive line group consisting of Scott, Davis, J.C. Hassenauer, and Kendrick Green. Pittsburgh’s offensive line remains its biggest question mark and will be the team’s X-Factor heading into the season.

The Steelers and Browns will first play in Week 3, a Thursday night matchup, before playing their rematch game in Week 18.