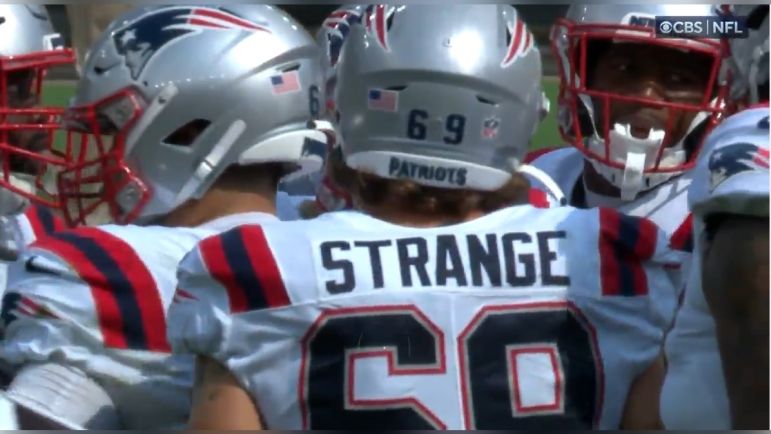 In Week 1, Cam Heyward welcomed Cincinnati Bengals rookie left guard Cordell Volson into the NFL with a dominant performance from the very first snap, registering a sack on the first snap of the game. Heyward faced another rookie in Week 2 in New England’s Cole Strange. But he wouldn’t have the same success. In fact, Strange received a game ball for his performance against Heyward in yesterday’s win, largely holding Heyward off the stat sheet. That’s according to ESPN’s Field Yates, who tweeted the info out this morning.

It’s not often an OG gets a game ball, but there might be a case for Patriots G Cole Strange getting one for them in Week 2.

Showed some real power, grit and awareness, especially in some quality reps against Steelers All Pro DL Cam Heyward.

Their entire OL stepped up.

Heyward finished the day with five tackles, three solo, but zero tackles for loss, sacks, or QB hits. Without T.J. Watt, the Patriots were able to dedicate more attention to Heyward but Strange won his fair share of 1v1 battles against Heyward. Ben Fennell tweeted out some clips of Strange’s performance last night.

So so impressed with Pats rookie Cole Strange today… Some big boy 1-on-1 reps vs Cam Heyward pic.twitter.com/4AjFrupT8i

Strange was the Patriots first-round pick this April, arguably the most surprising selection on Day 1. Hailing from UT-Chattanooga, he had a solid Senior Bowl week but was viewed as a solid Day 2 pick, not a Round 1 candidate. But Belichick and the Patriots march to their own beat and clearly have found something in him, who opened as the team’s starter last week.

With Strange having so much success, the Steelers’ pass rush fell flat. Quarterback Mac Jones was hit just three times and not sacked once, a night-and-day difference from Week 1 when Pittsburgh dropped Bengals’ QB Joe Burrow seven times.

Heyward and the Steelers will quickly have to get back on track. They’re just days away from taking on the Cleveland Browns on the road, a team who boasts a good offensive line and talented pair of guards in Joel Bitonio and Wyatt Teller. Heyward will square off against Bitonio and look for a better performance than what he did yesterday. For the Steelers to survive without Watt, they need Heyward to be at his very best.