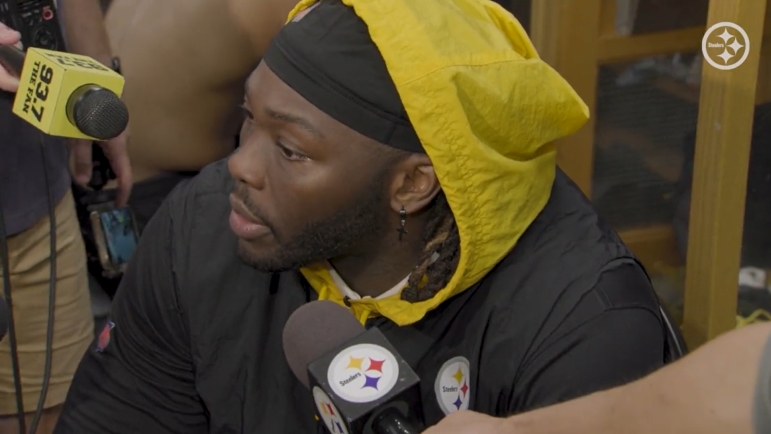 The Pittsburgh Steelers have been the big brother in the AFC North pretty much since its inception on almost an annual basis. For those who may need a refresher, the AFC North was created in 2002 when the NFL reformulated the divisions to accommodate a 32-team league with the Houston Texans arriving as a new expansion team, ‘North’ and ‘South’ divisions in each conference replacing ‘Central’ divisions, which is where the Steelers used to play.

It’s certainly no coincidence, as that time largely overlaps with Ben Roethlisberger’s tenure as quarterback here. And prior to this recent three-game winning streak for the Cincinnati Bengals, they had only beaten the Steelers as AFC North rivals just eight times over 40 games played. Their current three-game winning streak over the Steelers was preceded by an 11-game losing streak stretching back to 2015.

So these wins have been a big deal. Just ask Larry Ogunjobi, who was in that locker room last season as the defending AFC North champions handily beat the Steelers twice in 2021, including by a margin of 41-10 late in the season. He described the feeling in the locker room after those games as being “excited”, according to the team’s social media.

“The Steelers have always been kind of the staple, that standard in the AFC North, so being able to get over that hump last year was really important”, he said, speaking from the perspective of the Bengals. “We had talked about it before the game that this was kind of that deciding factor game that really pushed us over the edge. So when we got that W there was a lot of energy”.

Larry Ogunjobi spoke to the media after practice about the defense, Week 1 + more. pic.twitter.com/WVfj8EZ0pe

Prior to last season, Cincinnati had posted five consecutive losing records, indeed going 6-25-1 in fourth-year head coach Zac Taylor’s first two seasons. That they managed a record of 10-7 in 2021 considering where they had been is still somewhat remarkable, and helps explain why it was indeed a huge deal for them to be able to take down the Steelers.

Earlier this week, safety Vonn Bell talked about how the big hit that he had on former Steelers wide receiver JuJu Smith-Schuster in the second game of the 2020 season between the two teams—the first game that started their current winning streak in the rivalry—set the tone for what has followed, both against the Steelers and what they have done generally.

Now the question is, after having gotten the proverbial monkey off their back, can they keep that same fire? Or does it even matter anymore? Would it be better for them to step out of the shadow of that complex and allow this roster—much of which is relatively new and isn’t baked into that deep-seated sense of inferiority that the organization has known for so long—to forge its own path, with a winner’s mindset?

Or doth pride goeth before destruction, and a haughty spirit before a fall?