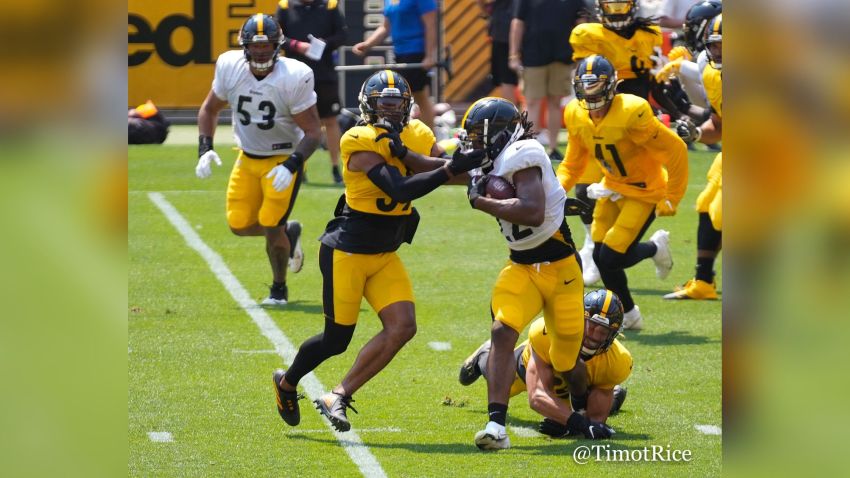 Pittsburgh Steelers head coach Mike Tomlin is all about relationships, on and off the field, and sometimes he takes into consideration the relationships that players have with others—even familial relationships—when deciding who to bring into the fold.

While I don’t suspect that having Minkah Fitzpatrick already on the roster had much to do with his and the Steelers’ interest with Alabama running back Najee Harris in 2021, it certainly hasn’t hurt for either the team or for the players, who are once against teammates.

Najee Harris is a whole lot more than just a running back for the Steelers.

When I sat down with @ohthatsNajee22, he told me he's been forced to grow up quickly. But when it comes to who he is as a person, it's thanks, largely in part to the people most important to him. pic.twitter.com/I08y4Htrdj

“We talk about the little things that the defensive people look at from the offensive players and he tells me about it”, he added. “Even I chop it up with him about the stuff I want to see better here. He’s a certain guy I go to just to talk about it. We’ve got a really good relationship”.

The last bit is perhaps the most interesting. Although Fitzpatrick is not nominally a leader—Cameron Heyward and T.J. Watt are the team’s two defensive captains—he is certainly a part of the locker room’s leadership. Harris is both a captain and a locker room leader in just his second season.

It’s understandable and reasonable that he might have some ideas about how things are done, and not all of those opinions are necessarily going to equate to ‘this is amazing and couldn’t be improved’, but you still would like to know more about those conversations and what ideas those two might have about what they would like to see being worked on.

Although they don’t play on the same side of the ball, Harris and Fitzpatrick I think both bring a similar mindset to the game, even if Harris’ is to some degree influenced by what he has seen from Fitzpatrick since back in their college days.

Both of them are talkers, even if it is something that they have had to grow into when it comes to leadership communication, but they are both also amply capable of leading by example. That goes not just for practice settings but inside of stadiums as well.

Fitzpatrick was a first-team All-Pro his first season in Pittsburgh and second in the league. Harris earned Pro Bowl honors as a rookie last year. Their on-field abilities are already somewhat beyond question. But now together, they can only help each other, and help the team, continue to grow to get to where they want to be, individually and collectively.