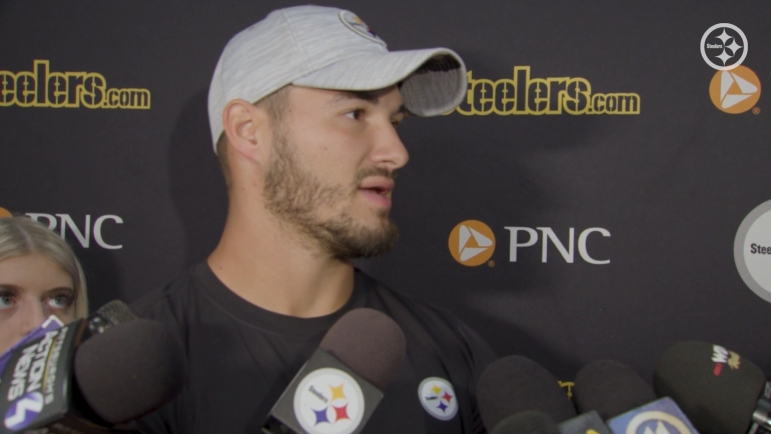 Pittsburgh Steelers quarterback Mitch Trubisky has come a bit under siege in the wake of the team’s first loss of the season. While he was able to evade some criticisms in week one since they were able to escape that one with a win in spite of a poor offensive effort, there was no hiding from the impact his unit had in earning the L against the New England Patriots.

To his credit, he hasn’t hidden from the task of taking on his share of the blame. Even while acknowledging—perhaps even divulging—certain facts such as his limited ability to call audibles, he also criticized himself and his above-the-neck play.

“I think it’s the missed opportunities”, he told reporters yesterday of what he needs to get cleaned up, via the team’s website. “I think just a couple better decisions by me and giving our playmakers more of a chance. So, looking to fix that this week on a quick turnaround and it’s a great opportunity for us to get on the right track”.

We have already taken a look at a few of these decisions and how he could or should have approached them differently—the third down play in the red zone being one that particularly sticks in your craw—but you have to see the problem to make adjustments to correct it.

The question is, of course, whether or not he will. Offensive coordinator Matt Canada did acknowledge that there are, for example, deep options on almost every passing play, and allowed that there were opportunities they could have gone deep on certain plays where Trubisky simply didn’t pull the trigger.

Plays don’t have to be designed for the first read to be the go route in order for the quarterback to be able to make the decision to make that throw if it’s open enough for his liking. While Trubisky might understandably be reluctant to put the football in harm’s way, it’s also hard to conceive of this offense having success without the chunk plays.

Trubisky claims that every quarterback deep down loves to throw the ball as far down the field as they can and have their playmakers go run after it, but he hasn’t exactly looked like the proverbial gunslinger thus far in the backfield for the Steelers. Will that change before he gets benched?