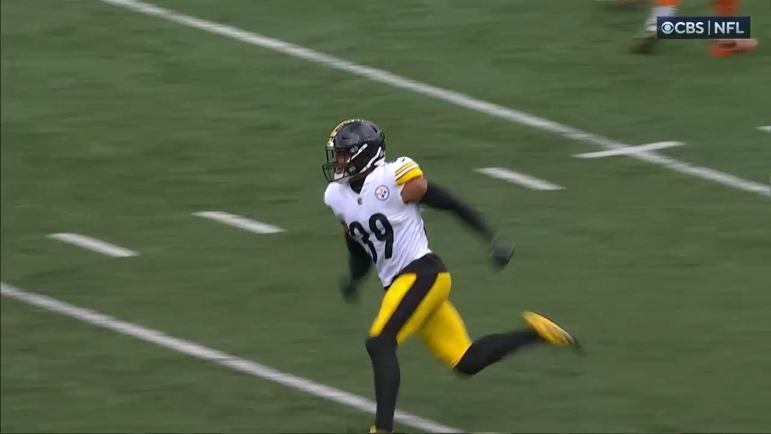 Pittsburgh Steelers safety Minkah Fitzpatrick is off to an excellent start for the 2022 season, already with two interceptions and numerous other plays made that don’t get quite the same headlines. The fifth-year veteran admitted that he was looking to come out this year and prove himself all over again after he was perceived to have a ‘down’ year in 2021.

The next team that has to face him is the Cleveland Browns tonight, and they are not taking him lightly—not the coaching staff, nor the players, particularly the quarterback, who have to worry about him patrolling the back end of the field.

“He is a really, really good football player”, Browns head coach Kevin Stefanski said of Fitzpatrick this week, via the team’s website. “Has corner skills playing corner earlier in his career where he can match receivers. He has unbelievable ball skills and unbelievable instincts. He is playing safety at as high of a level as anybody in the game in my opinion. Just a really, really good football player”.

Even Pro Football Focus has him ranked as the highest-graded safety in the NFL through two weeks thus far, even if they as a whole have been slightly down on him over the course of his career relative to how most of the rest of the football world has seen him.

To date, Fitzpatrick already has 20 tackles on the season after posting 124 a year ago. He also has the two aforementioned interceptions, one of which he returned for a touchdown back in Week 1, along with two passes defensed.

But when you’re talking about a player of this caliber, you can’t just look at the stat sheet to actually understand his impact. He influences plays in ways that don’t show up numerically, at least not in ways that highlight his name. Cutting down a free runner in the open field. Taking away a hot route to allow pressure to get home. Fitzpatrick likely ‘influences’ more plays from the safety position than anybody in the league.

“Obviously, you have to know where No. 39 is when you break the huddle and be aware of him”, Browns quarterback Jacoby Brissett said of the All-Pro. “He is as good as advertised of what you see on film. It will be a challenge, that is for sure”.

He has posed a challenge for the Steelers’ opposing quarterbacks for a full three seasons now, and in that time he’s accumulated 13 interceptions with three touchdowns, three fumble recoveries with another score, 29 passes defensed, and 280 tackles.

I’m not sure there are too many who are still down on the trade to acquire him, or on the contract extension he signed this offseason. He’s proven worth every investment they’ve made in him, and the teams the Steelers play know it as well as anybody.