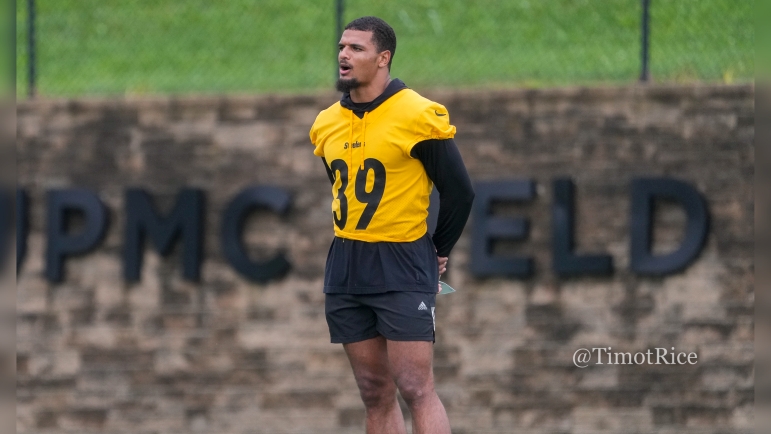 There’s zero question Minkah Fitzpatrick has talent. All the great ones do. But so do a lot of the good ones. What separates the two, those who elevate their game from good-enough to greatest-ever is a mentality. And to hear those who work with Fitzpatrick, he’s as locked in as they come.

In a great feature piece written up by Steelers.com’s Teresa Varley, one certainly worth your time, she spoke with those who know Fitzpatrick best, including his DC Teryl Austin, who coached Fitzpatrick in the secondary from 2019 to 2021.

“Minkah, he is a perfectionist,” Austin told Varley. “He is always searching for perfection, and it doesn’t matter what it is…that is just how he is wired. That makes him a little different.”

The work Fitzpatrick has put in has paid off. Literally. Over the summer, he became the highest-paid safety in football with a new money average of over $18 million per year, though that mark was later passed up by the Chargers’ Derwin James. Fitzpatrick has already provided return on that investment, picking off a pair of passes his first two weeks, putting the first points on the board with a pick-six of Joe Burrow in the Week 1 opener.

Pittsburgh made one of their best trades in team history by sending a first-round pick to the Miami Dolphins for Fitzpatrick early in the 2019 season, the same week they lost Ben Roethlisberger for the season. Many in the media, national and local, criticized the decision, but the Steelers saw value in the long-term play. In the deal, Pittsburgh got an elite-level and ball-hawking FS, while Miami used the Steelers’ first-round pick to take OT Austin Jackson, who has struggled over his career and is currently on IR with an ankle injury.

The Steelers also figured out the best way to utilize Fitzpatrick’s skill sets. Miami tried to make him everything. Play in the box, cover slot, a little bit of outside corner, nothing that allowed a young guy like him to get comfortable. The Steelers simplified his role and used him as a pure FS, though they’ve been able to get more creative with him over the years and his versatility has increased this season, leading to more production. Fitzpatrick is best known for his coverage but his tackling and run defense are underrated elements of his game and speak to that “perfectionist” mentality he plays with. The great ones are always looking to get better and Fitzpatrick is no exception.

Even when sidelined by a wrist injury at the start of training camp, Fitzpatrick took all the mental reps he could. While not practicing, he didn’t stand on the sidelines during plays. He was 40 yards deep, middle of the field, watching the play unfold in front of him. Anything to stay focused, anything to gain an extra edge.

With an offense still figuring things out, the Steelers will rely on their defense to win games. That mission is tougher without T.J. Watt, meaning a guy like Fitzpatrick will have to find ways to elevate his game to even greater heights. If anyone is up for the challenge, it’s him.

Check out the rest of Varley’s article on Fitzpatrick. It has some great quotes and insight. I’ll again leave the link here.