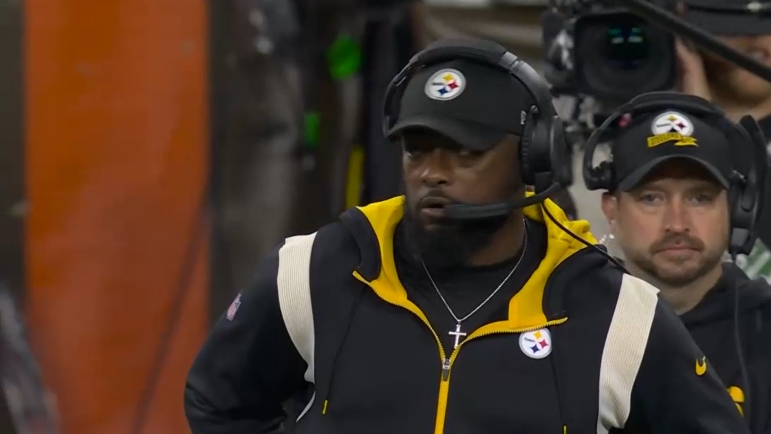 You know it’s going to be a good morning when you spend part of your time writing an article by unpacking an idiom to make sure that the passage you’re quoting isn’t misinterpreted. But we’ll get to that in a bit, though if you couldn’t already gather by the lead sentence, we’re going to be talking about something head coach Mike Tomlin said.

Asked yesterday during his pre-game press conference what conclusions he might have reached coming out of the long weekend about potential changes that might be made in an effort to improve their chances of winning games, he remained willing to listen, but prepared to stay the course.

“Certainly, we’re going to do what’s required to handle this week’s business, so I’m open to whatever that entails”, he said. “But at the same time, we’re not gonna blow in the wind, and I think that’s the sentiment that I want to relay to you guys, is that the last couple of games hadn’t unfolded the way that we would like, but we’re in a no-blink business, particularly if we believe in what it is that we do and the people that we’re doing it with”.

Okay. So, what does ‘blowing in the wind’ mean? You probably know at least that it’s the title of a Bob Dylan song, whether you like or listen to Bob Dylan or not. But what does the statement mean as an idiom—as a part of speech whose meaning is not literal?

Well, it can mean a few things, but contextually, Tomlin is talking about a vain and undisciplined search for solutions, which are likely futile. More literally as a metaphor, he means he’s not going to be dictated to by the whims and momentum of the outside noise, as a leaf’s movements are dictated by the wind that lifts and pushes and drags it around.

The path forward, in Tomlin’s eyes, is to be thoughtful and considered in their actions, open to making changes only if they make sense—such as starting Montravius Adams over Tyson Alualu. And there are quite possibly, even likely, changes being made behind closed doors that are not easily perceptible to the outside.

“Sometimes you’ve just got to show steely resolve and smile in the face of adversity that the last couple of games’ results have produced for us”, Tomlin added, “and roll up our sleeves and get back to work and wait for our next opportunity”.

They had better have enough steely resolve to take down the New York Jets this weekend, however. Although it’s already being promoted as a ‘must-win game’ by some in the media, which is an impossibility in the fourth week of the season, it certainly feels like a benchmark game, in that, if they don’t win this one, who can they beat?