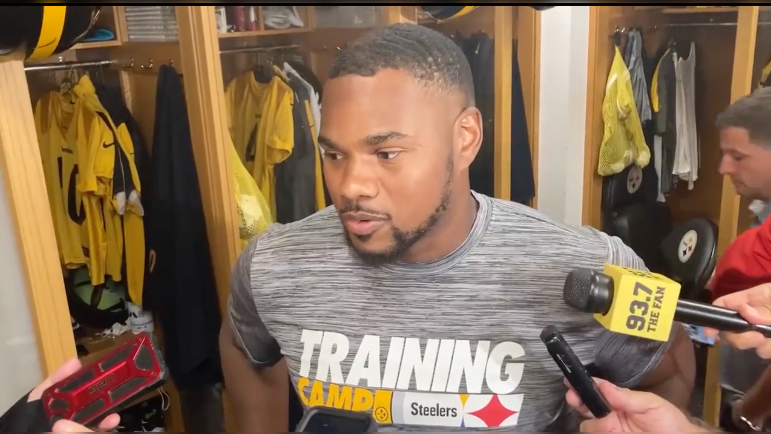 Turns out, Reed might now need to be a starter in the Steel City for the foreseeable future due to the injury T.J. Watt suffered late in the fourth quarter Sunday in the Steelers’ thrilling 23-20 win over the Cincinnati Bengals in the season opener.

Coming off the field, Watt could be seen pretty clearly mouthing to staff members that he tore his pectoral muscle. However, some optimism remains that he avoided a major injury and might miss just 3-4 weeks. Still, Reed will be thrust into the starting lineup.

Despite still being relatively knew to the team, Reed stated that he’s bought into the “next man up” mentality and is definitely going to be ready when his number is called, according to video from inside the locker room Monday at the UPMC Rooney Sports Complex via the Pittsburgh Tribune-Review’s Chris Adamski.

Malik Reed is “definitely ready” to be the next man up filing in for TJ Watt as Steelers LOLB pic.twitter.com/4TgxxgORuc

“I know that God had me here for a reason, for a purpose,” Reed said to reporters Monday, according to video via Adamski. “I didn’t know when that was going to be or when that was going to show up, but I know I was gonna be ready for it when that time came. Prayers up for T.J., I hope he gets back healthy and as soon as possible, but I’ll definitely be ready in the meantime.”

Reed knows a thing or two about stepping in early in the season due to injury for a star pass rusher, having done so in Denver for Bradley Chubb the last two years before being traded to Pittsburgh. Of course, he had familiarity in that system in Denver, and also had Von Miller opposite him to draw some attention away, but he’s no stranger to having to fill that void as the next man up.

Depending on the severity of Watt’s injury and the amount of time it keeps him out, Reed will have to do a lot of heavy lifting off the edge for the Steelers, especially in an elevated role opposite Alex Highsmith.