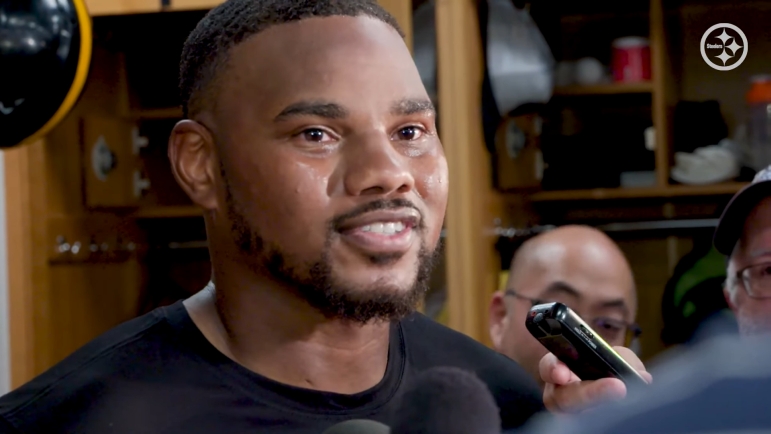 The Pittsburgh Steelers made sure to enter the 2021 season with a proven and capable reserve edge rusher after signing Melvin Ingram. We know how that played out, of course. This year, they were prepared to go into the season with Derrek Tuszka as their number three.

They made a last-minute trade, however, to acquire Malik Reed from the Denver Broncos, who has started 34 games over the past three seasons, including 13 starts in 14 games just last year. He has recorded 13 sacks over the past two seasons—yet he was not caught off-guard when he was told on Tuesday that he was being traded.

“Me and my agent talked about it the day before Tuesday, so I knew that it would be a thought and that it could happen, so it really didn’t hit me by surprise”, he told reporters, via the team’s YouTube channel. “Me and the GM talked, I went in and had a conversation with him, and I’m just ready to be a Steeler”.

A former college free agent out of Nevada, he is perhaps a bit closer to the prototypical size and style that the Steelers were looking for in their edge players than was Genard Avery, a veteran that they signed as an unrestricted free agent earlier in the offseason, whom they released outright.

Considering both T.J. Watt and Alex Highsmith have dealt with minor nicks during the preseason, it’s perhaps not the worst idea in the world to have a bit more proven of a player behind them, even if Reed has just a short amount of time to get up to speed on the defense. But he’s ready for the task at hand.

“It’s a new opportunity, a fresh start, and man, I’m just ready”, he told reporters. “I’m happy to be here, happy to meet the guys and see what type of guys they have here, and I’m just ready to get going. That’s what we’re all here [for], to win games, so that’s what I’m excited about”.

The Broncos, as should go without saying, were unusually deep at the outside linebacker position this year, which prompted the deal for Reed. They have Bradley Chubb and Randy Gregory in the starting lineup, and playing behind them are rookie second-rounder Nik Bonitto and Baron Browning. He’ll now be in a post where he can actually see meaningful playing time.

“I thought it would be best to trade Malik and trade him to somewhere he was going to fit in at a really good organization,” Broncos general manager George Paton said on Tuesday after dealing him. “We wouldn’t have just traded him anywhere. He wanted to go to Pittsburgh, and we found a home for him, and I think it’s a win-win for both sides”.