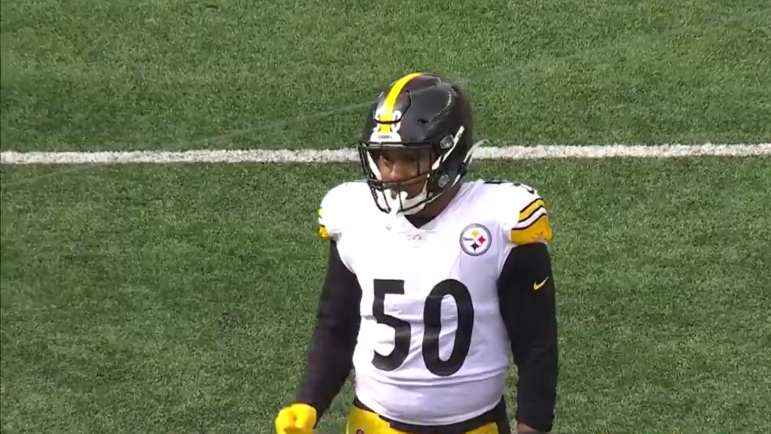 As a former college free agent with 34 career starts in three seasons, it is not surprising to learn that new Pittsburgh Steelers outside linebacker Malik Reed is familiar with the role of being next man up. During his three years with the Denver Broncos, he was provided with numerous opportunities for extended playing time due to injuries suffered by Von Miller and Bradley Chubb. Now the team is awaiting word on how long T.J. Watt will be unavailable to the Steelers.

“We didn’t know that Von was gonna go down. We didn’t know that Chubb was gonna go down. We don’t know what’s gonna happen to T.J.”, Reed told reporters yesterday, via the team’s social media channels. “But being ready for the opportunity is something that I feel like has been a part of my story and I’m just looking forward to embracing it and being the best version of myself”.

Miller missed the entirety of the 2020 season due to a “freak” ankle injury that involved the dislocation of a tendon. Chubb missed most of the 2019 and 2021 seasons for the Broncos, tearing his ACL in the former and injuring his ankle in the latter.

The 2020 season with Miller sidelined for the year was Reed’s strongest output, recording eight of his 15 career sacks, so in terms of filling in for an All-Pro, he already has that on his resume. Reed played nearly 800 defensive snaps that season and also tallied a career-high 53 tackles, with eight for loss. And he intends to draw on that experience going forward, which he believes is a very significant resource to help him.

“Earlier in my career, even my first year, getting so much opportunity, getting to see different offenses and how they’re trying to attack our defense, just getting those reps speaks volumes to the growth as a player and getting better”, he told reporters. “I feel like I got better each and every time I was on the field, and each and every year, too, so I’m just looking forward to this next opportunity”.

Reed found himself in a numbers crunch at the end of his tenure in Denver, though the Broncos were not looking to usher him off—or at least that’s what they said after the fact, claiming that they would not have traded him to a team he didn’t want to go to. It’s a good story, and hopefully it’s true, but of course, you never know.

Now, it’s not as though Reed is going to be asked to take on the task entirely by himself. Jamir Jones is also on the roster, and the Steelers will inevitably add a fourth pass rusher, whether that’s Delontae Scott from the practice squad or somebody else, a veteran from off the roster. It likely depends on what the word is on Watt and if he needs surgery.

But at the end of the day, there’s a reason the Steelers made the trade for Reed, someone they’ve become familiar with through his tape, and who of course they had seen at Notre Dame. His pro experience as a long-term starter replacement is documented. Now, at least for the time being, they have to call upon that experience and put it to use.