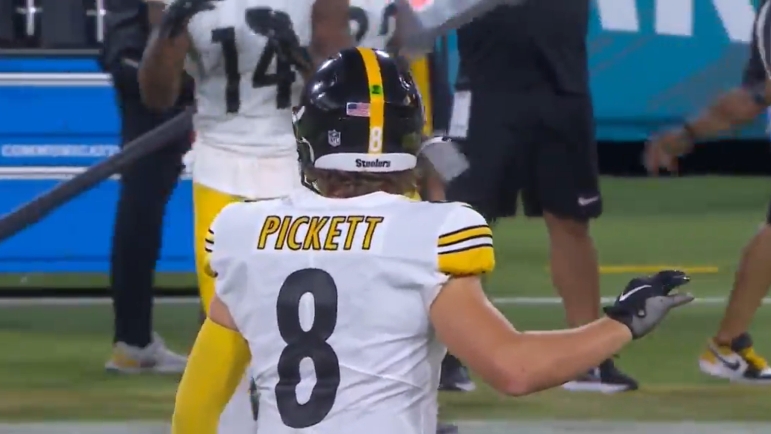 No matter what decision head coach Mike Tomlin and offensive coordinator Matt Canada make regarding the starting quarterback position for the Pittsburgh Steelers, rookie first-round drat pick Kenny Pickett is only focused on how he can get better week to week from a preparation standpoint within practices.

Though he’s had some valuable reps in training camp and the preseason, showing just how promising his career is moving forward in the Steel City, there’s still an element of growth and development that will occur during the week throughout he season as the continue to practice, work on game planning for opponents in the NFL, and more.

For now, he’s just focused on what he can control, he told Teresa Varley of Steelers.com, which is getting better each and every day.

“I am just focused on getting better,” Pickett said, via Steelers.com. “Still learning a lot of things, getting my first true game plan going into Cincinnati. So, a lot of things I am learning, taking it all in stride and enjoying it.”

While it does appear that the starting job will go to Mitch Trubisky for the Sept. 11 season opener on the road against the Cincinnati Bengals,  Pickett will still get valuable growth and development as the perceived No. 2 in Pittsburgh behind Trubisky and ahead of Mason Rudolph.

Here's the full clip of the throw from Kenny Pickett to Gunner Olszewski. #Steelers https://t.co/xPKWmht3G0 pic.twitter.com/BheH1kZqAc

That said, practice reps are practice reps: they don’t compare to actual game reps, which Pickett saw a good amount of in the preseason. In his preseason action against the Seattle Seahawks, Jacksonville Jaguars and Detroit Lions, Pickett went 29-of-36 for 261 yards and three touchdowns.

Moving forward though, at least for the early part of the season, Pickett will likely be relegated to the No. 2 job in Pittsburgh, leaving him to have some practice reps and practice reps only.

Those game reps are incredibly important and will help carry him throughout the day-to-day preparation each week in the regular season, at least until he ascends into the starting job.