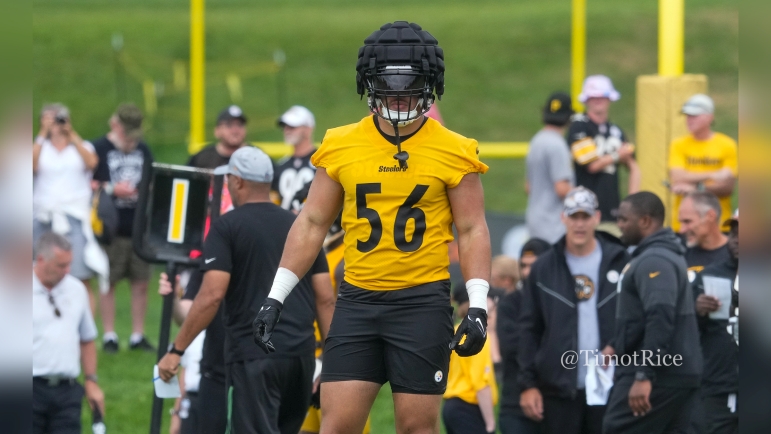 Though the Pittsburgh Steelers won’t release an official injury report until tomorrow, Mike Tomlin offered a brief update to the health of the team heading into Week One against the Cincinnati Bengals. During his Tuesday press conference, Tomlin said OLB Alex Highsmith is expected to play in the opener. Highsmith had missed most of the summer due to a rib injury but appears to be on track to play this weekend.

“I do,” Tomlin said when asked if he expected Highsmith to play against the Bengals.

Highsmith figures to start opposite of T.J. Watt. Backing him up will be Malik Reed, acquired in a trade last Tuesday, and Jamir Jones, returning to Pittsburgh after being claimed off waivers late last week. Highsmith is looking for a breakout third year after finishing 2021 with just six sacks.

It was a slightly different-sounding story for WR Diontae Johnson, who appears to have missed practice yesterday. Tomlin was noncommittal to Johnson’s availability Sunday.

“We’ll let participation be our guide. You guys know how we do business in the regular season. We’ll have a practice participation report as prescribed by the NFL office. And we’ll proceed from there.”

The exact reason for Johnson sitting out yesterday isn’t known but he suffered a shoulder injury in the preseason finale against the Detroit Lions. At the time, Tomlin called it a minor injury but we’ll have to keep an eye on the injury report throughout the week to get a better feel for his status. If Johnson can’t play, George Pickens and Chase Claypool figure to be the team’s starting receivers with Gunner Olszewski getting work in the slot. Steven Sims is another option the team could use.