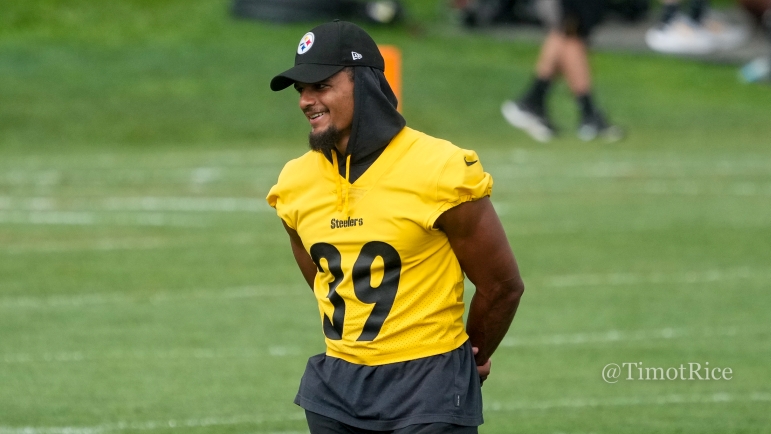 Losing to the Cincinnati Bengals is bad enough. Being swept is worse. But when the Bengals accused the Pittsburgh Steelers of giving up, that’s a gut-punch to a different level. Over the past 20 years, the shoe’s usually been on the other foot. The Steelers being the dominant team of the series, the ones making the Bengals tap out. Minkah Fitzpatrick won’t be consumed by it but he hasn’t forgotten what was said a year ago.

“Of course you do,” Fitzpatrick told reporters via Steelers Live when asked if he thinks about last year’s sweep. “Especially in the fashion that we lost. Especially in the last game. I think about it.”

Minkah Fitzpatrick talks to the media about communication on defense + more. pic.twitter.com/82bggE4u0Y

Pittsburgh lost the first matchup 24-10 before being blown out in the rematch, 41-10, a game Cincinnati had easily won by halftime. It marked the first time since 2009 the Steelers were swept by the Bengals in a season. They’ve now lost three straight to Cincinnati and Fitzpatrick doesn’t want to make it four. He also doesn’t want to hear from any Bengals gloating after Sunday’s game.

“And then the certain remarks that were said after first game there’s, I also pay attention to, sure. So you think about it, let it really resonate in the back of your mind. I’m not necessarily dwelling on it but I’m going to remember.”

Fitzpatrick’s referencing comments WR Tyler Boyd made after the first meeting last year, one where the Steelers dropped multiple passes on their final drive of the game and exited the loss without much of a fight. Here’s what Boyd said.

“The last plays of the game for them, they gave up. You could see it. They had three drops in a row. To see that, that’s giving us more power. To give us the antidote to know how good we are.”

If you can stomach it, here’s the plays Boyd’s referring to, drops by Najee Harris (twice) and Chase Claypool.

Boyd went on to twist the knife saying his Bengals’ team would never “lay down” like that and said giving up was what the Steelers were about. Pittsburgh couldn’t channel that motivation into a win their next meeting, losing in even uglier defeat, but 2022 marks the start of a new season.

An upset win over the Bengals would be a heck of a statement to begin the year. Going not just 1-0 on the season but 1-0 in the AFC North. Even more than usual, it’s crucial for the Steelers to get off to a fast start. Two of their first three games of the year are in-division, the Bengals Week One and Browns Week Three, with a Week Two home game against the New England Patriots, a team they may potentially be competing with for a Wild Card spot come season’s end.