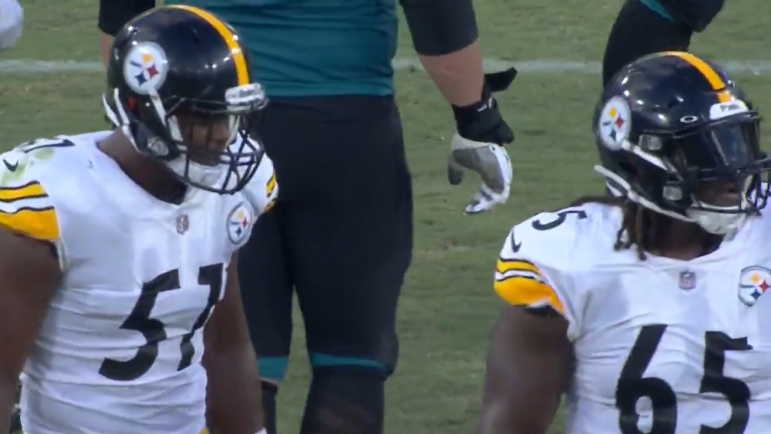 “I think both of those guys just play downhill. They’re very physical at the point of attack. I know it’s really prevalent with a guy like Myles Jack, you can see when he’s coming downhill, but Larry, I think he plays with good leverage. He is able to always kick that line back a little bit forward, a little bit more,” Heyward said via a video posted to the team’s website. “It’s not just we need ‘em for one game, we need ‘em for the entire season. So I’m just looking to keep growing with these guys. These guys are really good and they’re gonna make our defense better.”

Pittsburgh is certainly going to need all the run defense help it can get this week against Cleveland with their backfield of Nick Chubb and Kareem Hunt. The run defense has definitely been better than last year, and both Jack and Ogunjobi have played a major role in that. Jack already has 23 total tackles this season, while Ogunjobi has 7 and has shown the ability to push and open up lanes for other guys to make plays as well.

After a year where they finished with the league-worst run defense, Pittsburgh had to better, and while there have been some lapses (namely the Patriots’ last fourth-quarter drive, but that can also be attributed to fatigue), the run defense as a whole has definitely been improved and will need to stay that way on Thursday night. Chubb is coming off a three-touchdown performance, and in Week 1 he ran all over the Carolina Panthers en route to 141 yards. Hunt ran for 46 yards against Carolina and 58 against the Jets. If the Steelers allow those backs to replicate their performances from the first two weeks, they might be in trouble.

With Devin Bush looking improved over what was a terrible year last year, having him healthy alongside Jack would help Pittsburgh in the run game as well. He was expected to be a limited participant in practice yesterday, and he practice in full today, which is a good sign for his availability on Thursday night. Obviously, it’s going to take a group effort to shut down the Browns’ rushing attack, but it’s clear Pittsburgh has the pieces in place with guys like Ogunjobi and Jack to make it a successful effort.