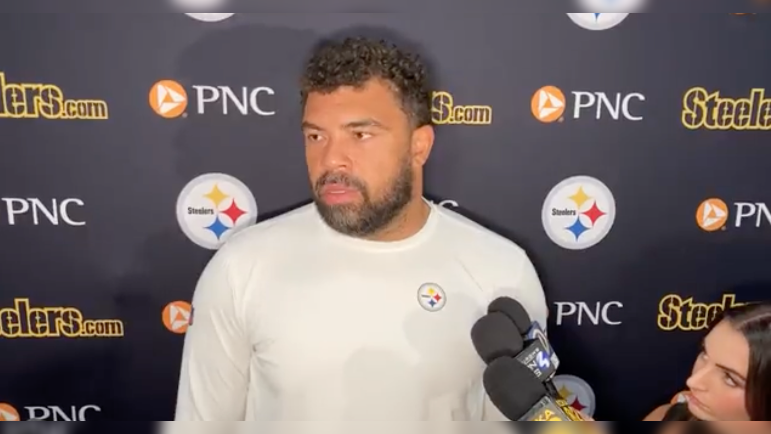 Dating back to when Bill Belichick being the head coach of the New England Patriots in 2000, the matchup with the Pittsburgh Steelers has always meant more than most conference games that didn’t include divisional matchups.

Now, just days away from the first matchup in three years, and also the first matchup since 1998 without Tom Brady or Ben Roethlisberger on either team, the Week 2 home opener at Acrisure Stadium still means more for all parties involved, according to defensive captain and team leader Cameron Heyward.

The cultures are similar, expectations remain the same, and there’s always something on the line — usually — in the matchups. Though it’s a early regular season matchup in Week 2, the Steelers and Heyward know it’s going to be a battle, even with both teams in a period of transition overall.

Cameron Heyward on what Steelers/Patriots means and has meant over recent decades pic.twitter.com/zclwpzXsdd

“It’s two prominent franchises, and just like we have a culture here, they have a culture there,” Heyward said to reporters Thursday from inside the UPMC Rooney Sports Complex on the South Side, according to video via the Pittsburgh Tribune-Review’s Chris Adamski. “When these two teams link it, up it’s a battle. It’s a tough game, and we understand that both teams are always fighting for something.”

The last time these two teams met in Pittsburgh came on December 16, 2018, a 17-10 win for the Steelers in which a Joe Haden interception of Tom Brady helped seal the win. Of course, one year later in the season opener, the Steelers were trounced 33-3 by the Patriots in Foxborough.

Things have changed greatly for both teams though as many familiar faces in New England are gone, making it Mac Jones’ team (for the most part), while Mitch Trubisky is the guy in Pittsburgh, for the time being. The last time the Steelers and Patriots met without Brady or Roethlisberger came in 1998, in which the Patriots won 23-9.

The last time that the Steelers played the Patriots in a game that did not include either Ben Roethlisberger or Tom Brady was on December 6, 1998 at Three Rivers Stadium. The QBs in that game were Kordell Stewart and Drew Bledsoe. #Steelers #NFL https://t.co/PMn5178Tfr

This time around, the Steelers feel like the better team on both sides of the football, though Belichick remains an elite coach who can scheme up things with the best of them. It will be a defensive battle on Sunday inside Acrisure Stadium, that much is certain. The Steelers better be prepared for it.