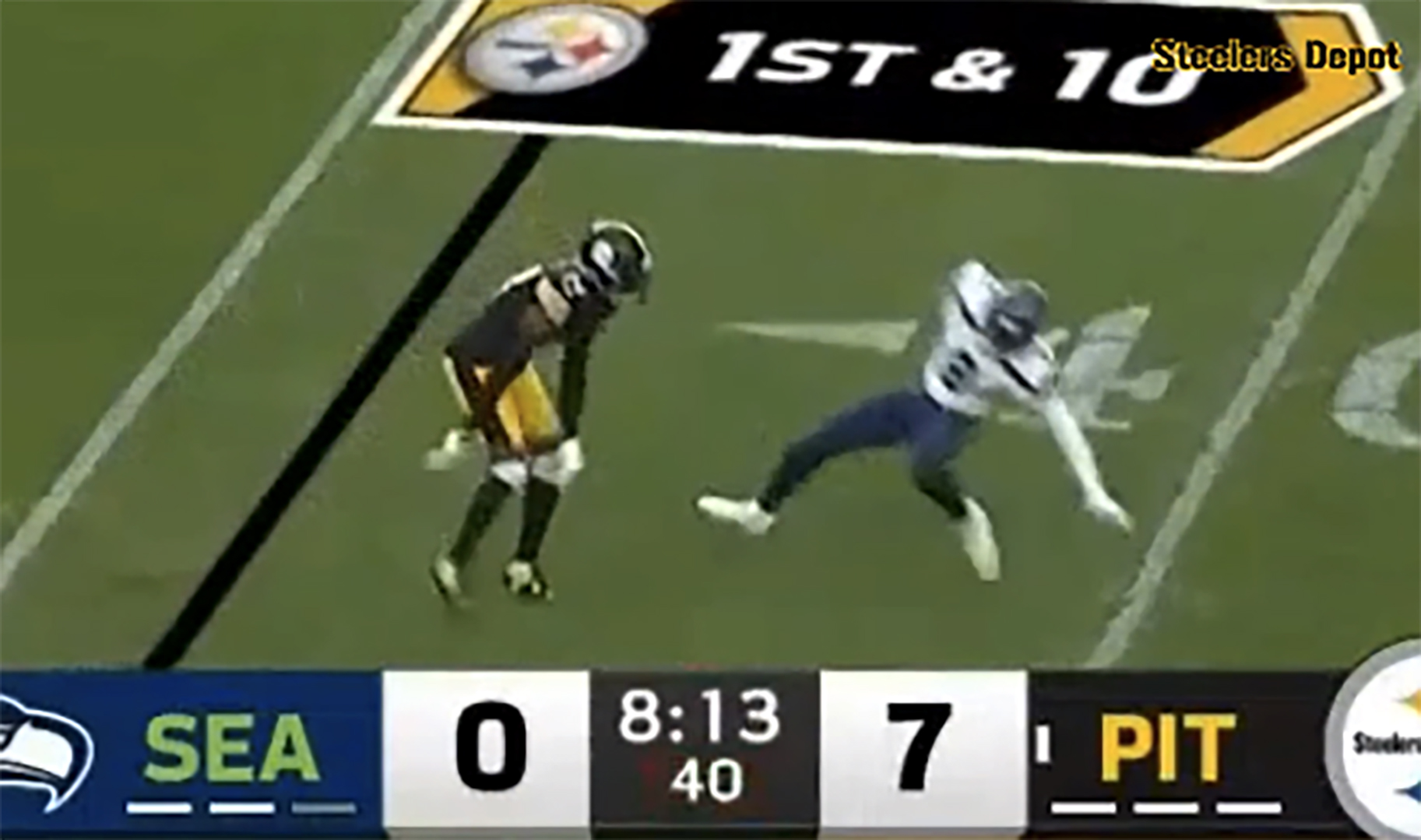 Pittsburgh Steelers rookie wide receiver George Pickens has already attracted a lot of media attention for what he did on the practice fields of Saint Vincent College as well as in stadiums during the preseason. That goes as much for what he did with the ball in his hands as it does for what he did with opposing defensive backs, knocking them to the ground.

Now he’s hoping that he attracts their attention as well, and makes them think twice. The second-round pick talked to the media yesterday, spending a lot of time on the subject of blocking and physicality, and he called it a “one-two combo”.

“Blocking really can throw a DB off his game, and then we can hit ‘em with the pass, so it’s like a double whammy-type thing”, he said, via the team’s website. “The DB gets in the game, he’s like, ‘Work on the technique, work on covering this guy’. He’s not really ready for the blocking. So I kind of use it as a one-two combo”.

He was asked specifically if he felt that opposing teams and their defensive backs will see those blocks on film with the defender finding himself quickly on his seat and out of the play and if that would impact the way that they try to defend him. His hope is that it will.

Will we actually see defensive backs essentially back away from Pickens and play more off coverage, at least on the line of scrimmage? That remains to be seen, but if it does, it would help him more easily get out of his breaks—not that he doesn’t welcome the physicality.

“That’s always been a part of my game, because at an early age playing football I used to play defense, so I was always a little aggressive”, he said about why he has such a physical component to his game at a position perceived more as finesse. He also said that he was ‘flipping the narrative’ on the prima donna wide receiver.

The first cornerbacks who will be tested by Pickens—or perhaps more accurately, who will have the opportunity to test him—will be the Cincinnati Bengals’ Chidobe Awuzie and Eli Apple, and perhaps if he sees snaps in the slot, Mike Hilton. This is a pretty physical group of defensive backs overall, as well, especially if you throw in safety Vonn Bell, and Jessie Bates III is no slouch, either.