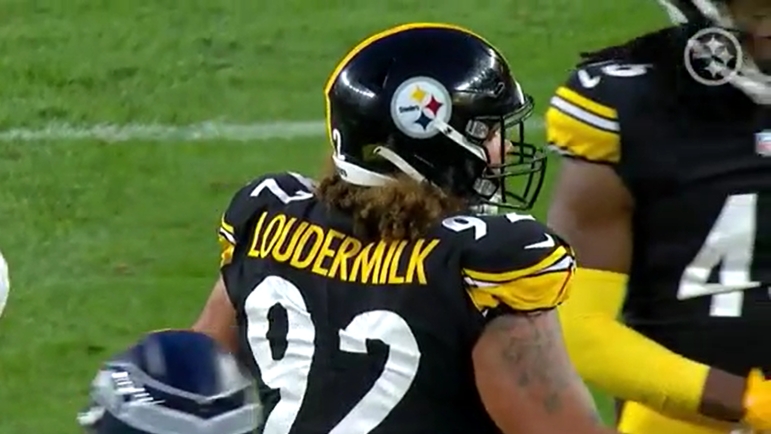 The Pittsburgh Steelers entered the 2022 regular season carrying seven defensive linemen, which is an extreme rarity for a team running a 3-4 defense. Pittsburgh has in the past only done it under exceptionable circumstances in the past, involving either injury or a prominent contributor on special teams.

They also customarily only dress five of six defensive linemen on the roster; now with seven, they have been dressing six, and it has been second-year Isaiahh Loudermilk who has been the odd man out. But according to Gerry Dulac of the Pittsburgh Post-Gazette, that may not be for much longer.

Dulac was asked about Loudermilk’s status during a recent chat earlier this week. The former fifth-round pick out of Wisconsin was dealing with a rib injury since mid-August. Saying that he has been told that he is “good to go now”, the veteran beat writer answered that the lineman “got behind with his injury but they plan on using him going forward”.

So what exactly does that mean, both immediately and long term? Is he going to dress this Sunday against the New York Jets? And if so, who sits in his place? Would it be rookie third-round pick DeMarvin Leal, who has played nearly 50 snaps in the first three games and has been a part of their 3-3-5 sub-package?

Could it be Chris Wormley, who has been their number three defensive end behind Cameron Heyward and Larry Ogunjobi? Or could it possibly be Tyson Alualu, who was just demoted from his position as starting nose tackle in favor of Montravius Adams?

It could depend greatly on how the coaching staff feels about his ability to log meaningful snaps at nose tackle. He has played very few snaps at a true nose tackle position since arriving in the NFL last year, but the Steelers always love talking about how important it is for their linemen to be versatile and to play up and down the board.

Alualu has been with the team since 2017 and has been in the league since 2010. This is not the first time he has ever experienced a demotion in his career, though it is the first in Pittsburgh. He missed nearly all of last season with a fractured ankle and also dealt with a lingering knee issue in the spring and summer.

As for Wormley, he is now in year three with the Steelers after they originally traded for him in 2020. He started all of last season with Stephon Tuitt on the Reserve/Injured List and had a career year in terms of producing sacks. He has played 86 snaps so far this season with 10 tackles, including a tackle for loss.