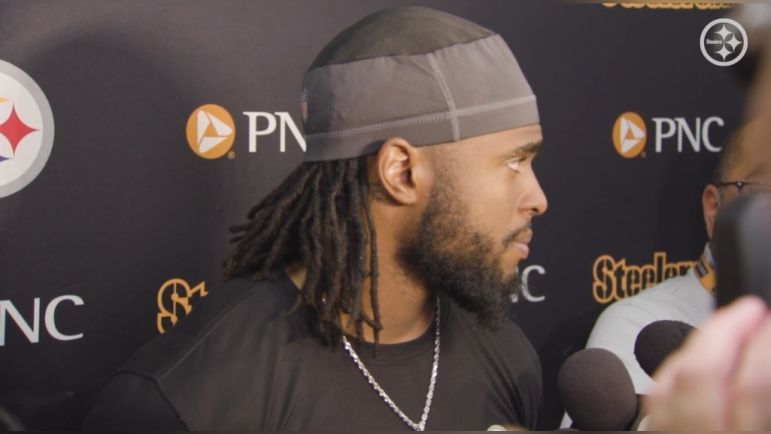 A two-game losing streak isn’t where the Pittsburgh Steelers want to be three weeks into the season but publicly, Diontae Johnson isn’t hitting the panic button. Speaking to reporters following today’s practice, Johnson was asked if the organization is feeling the heat of a 1-2 start.

“We knew this coming in it’s a new team, new players,” he said via Steelers.com. “Obviously got new quarterback. It’s gonna take time. We’re gonna get there. I won’t count us out just yet. It’s still early in the season so we’ve still got a lot of football left and I feel like we’re gonna be fine.”

Johnson and the Steelers were in the same spot last year, winning the opener before dropping their next three games. With their season hopes on the line, the team turned the year around, winning their next four games. They again got hot down the stretch, victorious in three of their final four games, and sneaking into the playoffs as the 7th and final playoff team.

Though Johnson is still just 26 years old, he’s a veteran in the offensive locker room and has been through plenty of ups and downs of a Steelers’ season. From his rookie year that lost Ben Roethlisberger six quarters in to the 2020 pandemic season to battling back from a bad start last season. All Johnson’s played in has been choppy waters and he can impart what he knows on new faces like rookie George Pickens.

While Johnson is keeping a calm outward appearance, Sunday’s Week 4 game against the New York Jets looms large. A loss would make the team 1-3. That’s bad enough but a schedule after that of playing at Buffalo, versus Tampa Bay, and then at Miami and at Philadelphia is a brutal portion of the Steelers’ schedule. Realistically, the Steelers go 1-3 over those four games. Meaning, beating the Jets and winning one of the next four makes the Steelers 3-5 heading into the bye. That’s bad but there’s still about a 10% historical chance to make the playoffs with four more AFC North games to go. Pittsburgh would still be competitive.

All of that is to say this. This weekend’s game against the Jets is critical. A win will calm the stormy seas. But a loss will hit the panic button, whether or not the Steelers want to admit it.