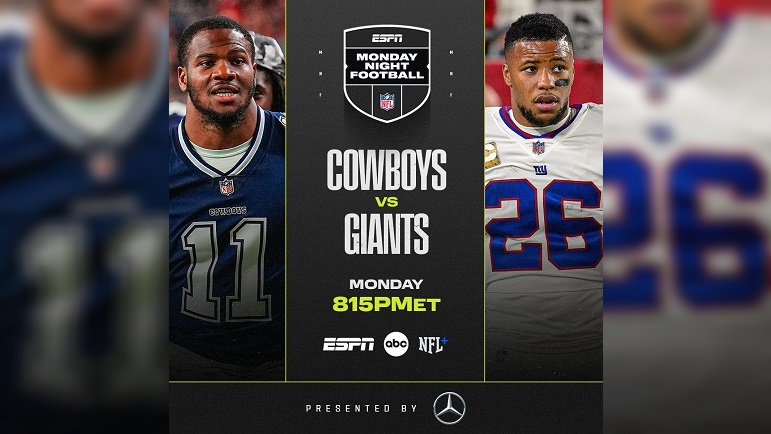 Week 3 of the 2022 NFL regular season will come to a close Monday night with the New York Giants hosting the Dallas Cowboys at MetLife Stadium.

This game features the quarterback battle all of you have been waiting to see since the 2022 schedule was released, Cooper Rush versus Daniel Jones. The Giants enter this Monday night game with a 2-0 record while the Cowboys enter it as a 1-1 team. At least there is a Manningcast of the game to watch tonight.