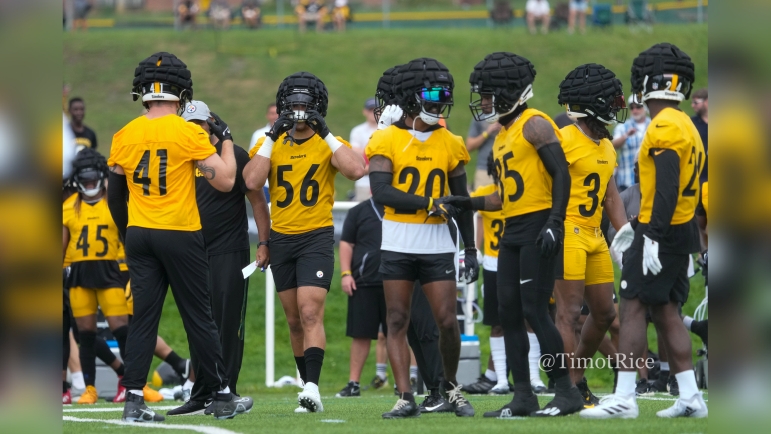 The regular season opener for the Pittsburgh Steelers inches ever closer, but what should fans expect this season? More specifically, what is the floor and ceiling record-wise for Mike Tomlin’s squad when considering the several question marks floating around his team? CBS Sports recently took a stab at what they thought their best possible outcome would be, as well as the worst-case scenario, believing 10-7 and 7-10 are the respective parameters of the Steelers’ season.

One thing that most fans and the NFL as a whole are likely aware of is Tomlin’s resume. Since taking over in 2007, he has never coached a losing team, except for three years when his team finished .500; 2012-13, and 2019. Simply put, he knows how to win, and 2022 won’t be his first or his last year where he goes into the season facing certain difficulties.

Among the difficulties will be the uncertainty of the offense. In the first year without Ben Roethlisberger, Mitchell Trubisky will be taking the reins, albeit with a short leash. What’s fascinating is that the offense is loaded with talent at all of the key positions (except for the offensive line, arguably). Players such as Najee Harris in the backfield and Diontae Johnson, Chase Claypool, and George Pickens highlight a talented receiver unit. The question on everyone’s minds, however, is whether it will come together with Trubisky under center.

It might seem like an eternity ago, but Trubisky was once a Pro Bowl signal-caller (2018), so he’s not a stranger to success. The debacle that has been the Chicago Bears doesn’t fall solely on his shoulders. In three years as a starter during that run (2017-2019), Trubisky never had a completion percentage of less than 59.4, which was in his rookie season. Much like Roethlisberger’s numbers in the pocket (2.20 seconds per pass), Trubisky also had to get the ball out quickly in that time, never having less than 2.30 seconds. Essentially, Trubisky knows how to get rid of the ball quickly, something he’ll likely need to do once again. At least with the Steelers, he’ll have an explosive and physical receiver corps to throw to.

The Steelers come into this season with postseason aspirations after losing in the wild card round in last year’s playoffs. Whether that’s realistic or not is up for debate, though Jeff Kerr points out that a record of 10-7 is attainable, which would lead to a playoff berth. One thing going for the Steelers will be their defensive line. It will make the case for being near the top of the league in terms of production once again. Last year alone, Cam Heyward and J.J. Watt combined for 123 sacks between the two of them. Needless to say, how far the defensive line can carry the Steelers will be something fans keep an eye on starting next week.

As far as the Steelers’ ceiling, Kerr points out that a 7-10 record is more than feasible because of Trubisky but, importantly, the offensive line. All offseason, offensive coordinator Matt Canada has been questioned regarding the unit. Fans are likely concerned as well, and justifiably so. Pro Football Focus had the Steelers’ O-line ranked 26th in their final 2021 rankings, stating that if not for Roethlisberger’s speedy release, their final numbers would’ve looked worse. As far as run-blocking goes, Canada has his work cut out for him as well. The unit was 24th in the NFL according to PFF’s grades. If the Steelers want to return to the playoffs, they’ll need to prioritize the run game but also put Trubisky in the best possible situation, even with Kenny Pickett breathing down his neck.