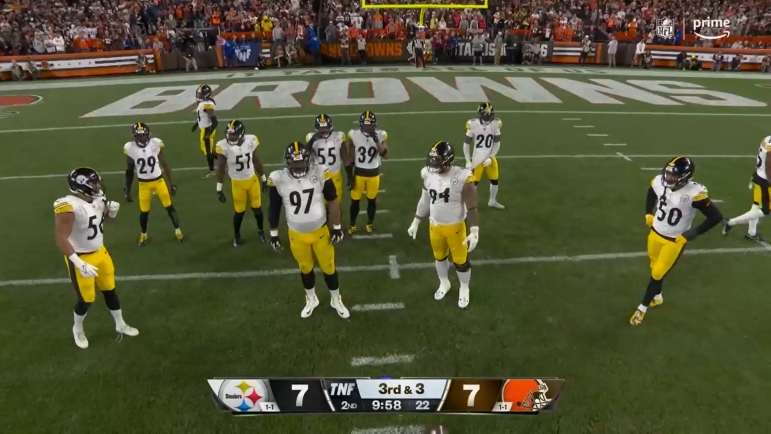 Sitting at 1-2, the Pittsburgh Steelers are at a crucial juncture in their season as they head into their Week 4 matchup against the New York Jets. Defensive lineman Cameron Heyward preached consistency from the defense as a key for the Steelers to get back on track after back-to-back losses.

“Let’s be consistent in our work. Let’s get back to focus on what we can control. Last game happened, but I’m not going to beat a dead horse and say, ‘oh man, the sky is falling.’ We just have to play football. Guys know how to do that. Guys know how to play better. Let’s do it,” Heyward said in a video posted to Steelers.com.

In the last two weeks, the Steelers’ defense has had moments where it looks like the same defense that forced five turnovers in Week 1, and then moments where it looks like the defense that finished dead last against the run in 2021. Fatigue certainly has played a factor, as Pittsburgh’s defense has been on the field for close to two hours in the team’s first three games. Still, the defense has to be able to get off the field and not let teams run all of them. The Browns succeeded in attacking it via the run, and the Patriots were able to successfully close it out in Week 2 with a run-heavy drive that lasted over six minutes.

Heyward’s right in that the sky isn’t falling, but with a loss this week, things might feel a little bit different. Both the Ravens and Browns are 2-1, while the Bengals are 1-2 coming off a 27-12 win over the Jets. After Pittsburgh plays the Jets this week, it goes through a gauntlet of matchups against the Buffalo Bills, Tampa Bay Buccaneers, Miami Dolphins and Philadelphia Eagles before its bye week in Week 9. Miami and Philadelphia are the only 3-0 teams left (the New York Giants could join them with a win on Monday Night Football), while the Bills and Buccaneers are among the best teams in the league.

Pittsburgh needs to build momentum heading into that stretch, and more importantly, avoid heading into that stretch at 1-3. One way to do that is to get a better pass rush, as it has just two sacks the last two weeks, with both coming against Cleveland. Pittsburgh’s going to face Zack Wilson on Sunday, who will be making his season debut. If it’s able to generate pressure and make him uncomfortable, the defense as a whole will probably look a lot better. If that happens and it gets off the field, hopefully, it’ll generate more opportunities for the offense to do something and actually put points on the board.