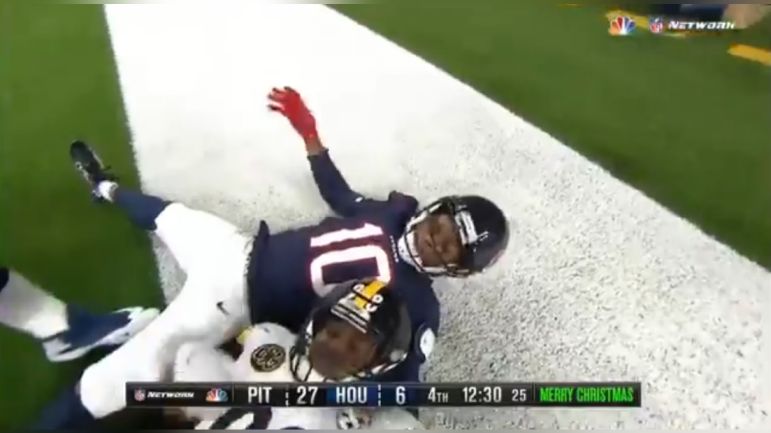 You won’t find many NFL players like Vince Williams was. An old-school, thumping linebacker, he liked to talk trash and get in opponent’s heads. On the latest episode of the Not Just Football Podcast with Cam Heyward, Heyward spoke about Williams, calling him the Patrick Beverley of the NFL. For those who don’t follow the NBA, Beverely is known as one of the game’s biggest trash talkers who loves a war of words with opponents on and off the court.

Here’s what Heyward had to say about Williams.

“He talked a whole bunch of stuff and made sure everyone knew it,” he said. “I probably would’ve hated Vince had he been on a different team. But I love Vince to death. When it comes down to it, if you met somebody in the hole, he was ready for everything. He would literally be talking to himself before the play and talking to himself after the play.”

Always playing with a chip on his shoulder, Williams was a sixth-round pick out of Florida State, a prospect deemed too slow and un-athletic to run and cover in the modern NFL game. But he worked his way up the ladder from special-teamer to starting inside linebacker, he and Ryan Shazier a great pairing in the middle. Williams was a fierce hitter in all phases and one Pittsburgh’s best blitzing linebackers in years, recording 20 sacks over his career including a whopping eight of them in 2017. He made great plays like those even before getting into the NFL, famously blowing up a pulling guard during one Senior Bowl practice, which helped put him on the league’s radar. He turned out to be one of the best Day 3 picks in Kevin Colbert’s tenure as Steelers’ GM.

But Williams wasn’t just remembered for what he did between the whistles. One of Heyward’s favorite moments came after a touchdown.

“One of the most trolling things Vince ever did was Christmas night when we played the Houston Texans. I don’t even know how DeAndre Hopkins caught the ball. Was an amazing catch, it’s Christmas night, lays on the ground tries to do the snow angel. And Vince was like ‘bump that.’ And goes and lays right next to him to spoil the camera moment. Vince can be a big troll and I’ve always loved that about Vince.”

That happened Christmas Day in 2017. Pittsburgh dominated the day but Houston got on the board early in the fourth quarter thanks to a sensational grab by Hopkins in the end zone. Hopkins celebrated in the end zone but Williams decided to join in on the fun.

Definitely one of the funniest moments of that year, with Williams popping into frame and Hopkins realizing who had joined him.

Williams retired ahead of the 2020 season and recently took a job coaching at Pine-Richland High School, a Pittsburgh suburb. His career certainly left a mark on a lot of people, including Cam Heyward. Williams also left some literal marks on running backs, too.

Check out Heyward’s latest podcast by clicking below.