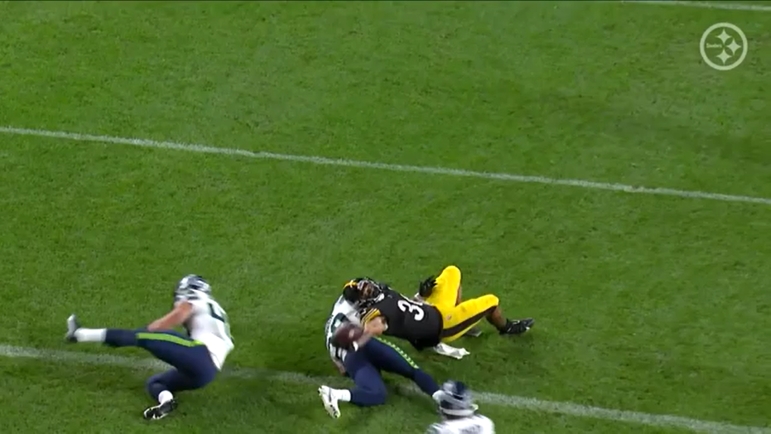 Topic Statement: Jaylen Warren will be the Steelers’ No. 2 running back by the end of the season (if he isn’t already).

Explanation: The Steelers did not draft any running backs this year, but they did seem to find some with potential among college free agents. The one who stood out was Jaylen Warren, who made the 53-man roster along with Benny Snell Jr. as the two backups to Najee Harris.

While it might not happen right away due to the fact that he is new to the NFL level, Warren showed throughout training camp and the preseason that he has the ability and the desire to have a complete skill set at the running back position.

Snell has, let’s say, close to a complete skill set as well, though he is more limited as a receiver. But where Warren seemed to separate himself most during the preseason was in his ability to create space and break tackles.

Both of them will play on special teams, but over time, one can easily see that Warren will be favored. He is the better option as a pass catcher, and so will find his way into four-minute drills. After that, it’s only a matter of time.

Experience still matters, and Snell has that, whereas Warren is just getting his career started. Warren’s productivity came during preseason games, and early preseason games at that. Truth be told, it was really the first preseason game that stood out. Nobody did anything particularly notable in the final two.

In fact, Snell looked better than Warren did in the past two games. And if you’re going to read into preseason playing time and hierarchy, remember this: Warren was a new playing fighting for a roster spot. Snell was never in such a position. They knew what they had in him from years prior, and his role was already secure. It was everybody behind him who was unproven and needed a long look.