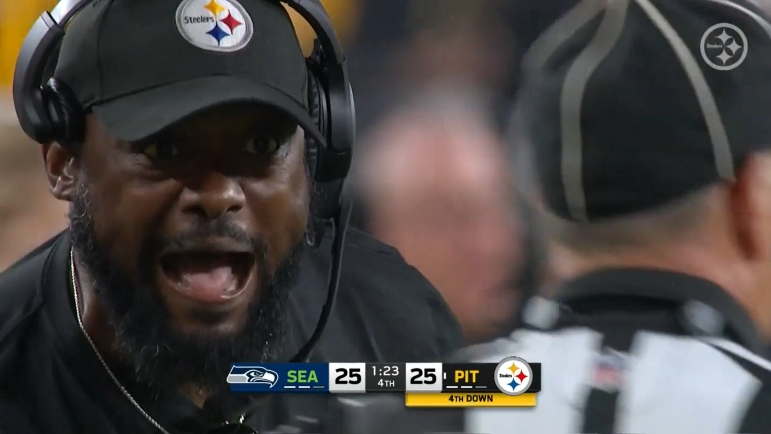 As we inch closer and closer to the kickoff of the NFL season for 2022, the talking heads in the analyst universe are at it again, as they’re doing their best Nostradamus impersonations to predict the upcoming season.

As usual, the majority of the public outside of the Steelers’ locker room isn’t giving the team much of a chance at a consecutive playoff appearance, and count David Kenyon from Bleacher Report among the many, based on his prognostications for each of the 32 franchises earlier today. Despite never a losing record in his now fifteenth season, Kenyon has the upcoming season as exactly that, believing the team will finish 8-9.

“All good things must come to an end,” Kenyon writes. “In the first season of the post-Ben Roethlisberger era, Pittsburgh may experience a revolving door at quarterback. It’s easy to envision Mitch Trubisky, Mason Rudolph and Kenny Pickett all getting starts, which is simply not promising.”

I’m not sure if he’s watched any of the three preseason games, but the quarterback play seems to be one of the consistent qualities of the offense thus far, as well as the standout play of rookie wide receiver George Pickens. The offensive line has been a totally different story, as they’ve repeatedly been pushed around at the point of attack. The team did add Jesse Davis, a 6-foot-6, 318-pound tackle who may be better suited kicked inside to guard. He has started 72 out of 80 games over the past several seasons for the Dolphins after being undrafted out of Idaho in 2015. At this stage of the game, there exists no mystery elixir that will simply cure what appears to be an apparent Achilles’ heel of the team for the ‘22 season.

However, the defense is a different topic, as the unit has looked thoroughly dominant at times during the preseason. Injuries plagued them all season in 2021, as two-thirds of the defensive line missed the overwhelming majority of the season. Reinforcements have been added, including inside linebacker Myles Jack and disruptive defensive tackle Larry Ogunjobi, who will fill the shoes of the now-retired standout Stephon Tuitt. Kenyon agrees, seeming to allude to the fact that the defense will clearly be the calling card of the team, beginning next weekend as they visit the defending AFC Champion Bengals.

“The defense is built to rebound from a rare disappointing year. Tomlin is a master of maximizing talent, but this season that may mean Pittsburgh wins eight games instead of five because of the coach’s influence.”

What do you think of his assessment? Eight wins and nine losses seems a bit of a stretch considering the talent on each side of the ball, which is littered with Pro Bowl talents, including the reigning DPOY and his record-tying 22.5 sacks, T.J. Watt. Let me know your thoughts in the comments below.