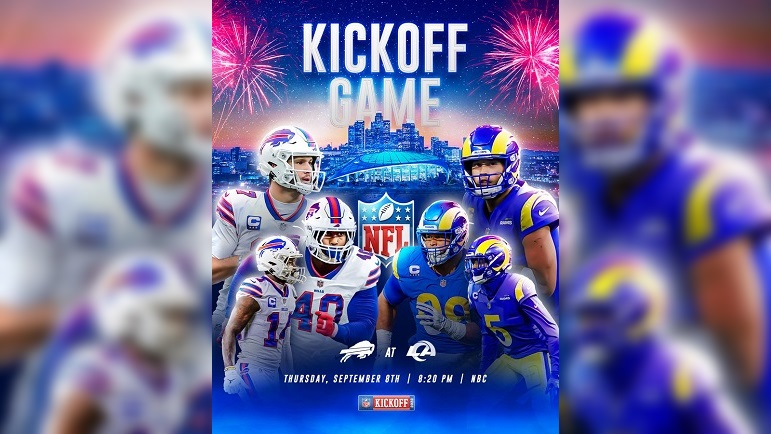 NFL football is officially back starting tonight!!! The 2022 NFL regular season gets underway Thursday night as the Los Angeles Rams will host the Buffalo Bills on NBC.

The Rams are of course the defending Super Bowl champions from last year while the Bills made it the Divisional Round of the playoffs last season after finishing the regular season with a record of 11-6. Could this be a preview of Super Bowl LVII?

Below is the official league capsule preview for the Thursday night game between the Rams and Bills and feel free to discuss this contest in the comments below. Throughout the game, I will add some video highlights to the body of this post via a Twitter feed as well. Enjoy your football evening and thanks for stopping by the site.