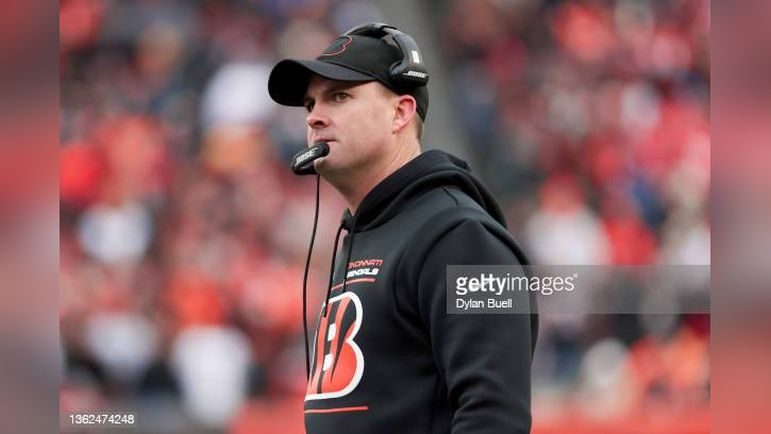 We are four days away from kickoff, and the Pittsburgh Steelers are starting the season with a big challenge. That is, the team will begin the season on the road against AFC North rival and reigning AFC Champion Cincinnati Bengals. The key matchup to watch will be the Steelers’ revamped defense against the Bengals’ high-powered offense. Bengals’ head coach Zac Taylor praised the Steelers’ defense in his Wednesday press conference.

“I think they have a really good defense,” Taylor said when asked about their unit. “I think they’ve got really good personnel across the board. They’ve got a lot of strengths there, a lot more strengths than weaknesses, that’s for sure. And so you gotta do a good job, understanding their personnel, and their schemes because they make it really difficult on you with their scheme and their personnel.”

Entering his fourth season with the Bengals, Taylor’s resume is impressive. That is, he transformed a team that was 2-14 in 2019 into AFC Champions in three years. Not to mention, he ended their infamous playoff drought. Taylor was the Los Angeles Rams’ quarterback coach in 2018, the season that quarterback Jared Goff made the Super Bowl. This speaks to his capability of getting the most out of his quarterbacks, a difficult task in the NFL.

Led by quarterback Joe Burrow, the Bengals’ offense features top-5 pick star receiver and Burrow’s former college teammate Ja’Marr Chase as well as receivers Tee Higgins and Tyler Boyd. The Steelers will also have to prepare for team captain running back Joe Mixon, who had a stellar performance against them in 2021. Perhaps the most significant personnel and scheme matchup this Sunday will be in the trenches. The Bengals made a great effort to shore up their offensive line, which will make it difficult for the Steelers defense that thrives on creating pressure.

Entering Week 1, the Steelers will have a relatively healthy defense to match up against the Bengals’ high-flying offense. The two outings in 2021 saw the Steelers struggle immensely on defense, especially against the run. After fixing many of their defensive holes this past offseason, the team hopes to put up a better fight against the formidable opponent.

Perhaps the biggest offseason addition for the Steelers was linebacker Myles Jack, who Taylor praised in the interview.

“He’s always impressed me,” Taylor said regarding the Steelers new linebacker. “Going back the last several years that we’ve played [Jacksonville], he’s always been an impact player. He’ll bring lots to the table there in Pittsburgh. He’s a really good player. We think highly of him, he’s done it high level in this league really, since he got in here, and he’s a quality add to their defense.”

A standout linebacker for the Jacksonville Jaguars for many years, Jack replaces Joe Schobert at the middle linebacker position alongside Devin Bush. Evident by Taylor’s praise for him, Jack is highly regarded around the league, and is sure to help the Steelers in key matchups in pass coverage and against the run. Ideally, Jack will provide the team with a big improvement in run defense from the middle linebacker position, which the team lacked in 2021 when allowing Mixon to run for a career-high 165 yards.

The Steelers will need to have consistent, and perhaps top-tier defensive play on Sunday and in future matchups against the Bengals. In the best case scenario for Pittsburgh, this will come down to a schematic chess match as Taylor said, rather than a big disparity in talent for the Bengals as was the case in the 41-10 blowout in 2021. There are many questions surrounding how much this Steelers defense improved from 2021, and they will have a great opportunity to prove themselves on Sunday.