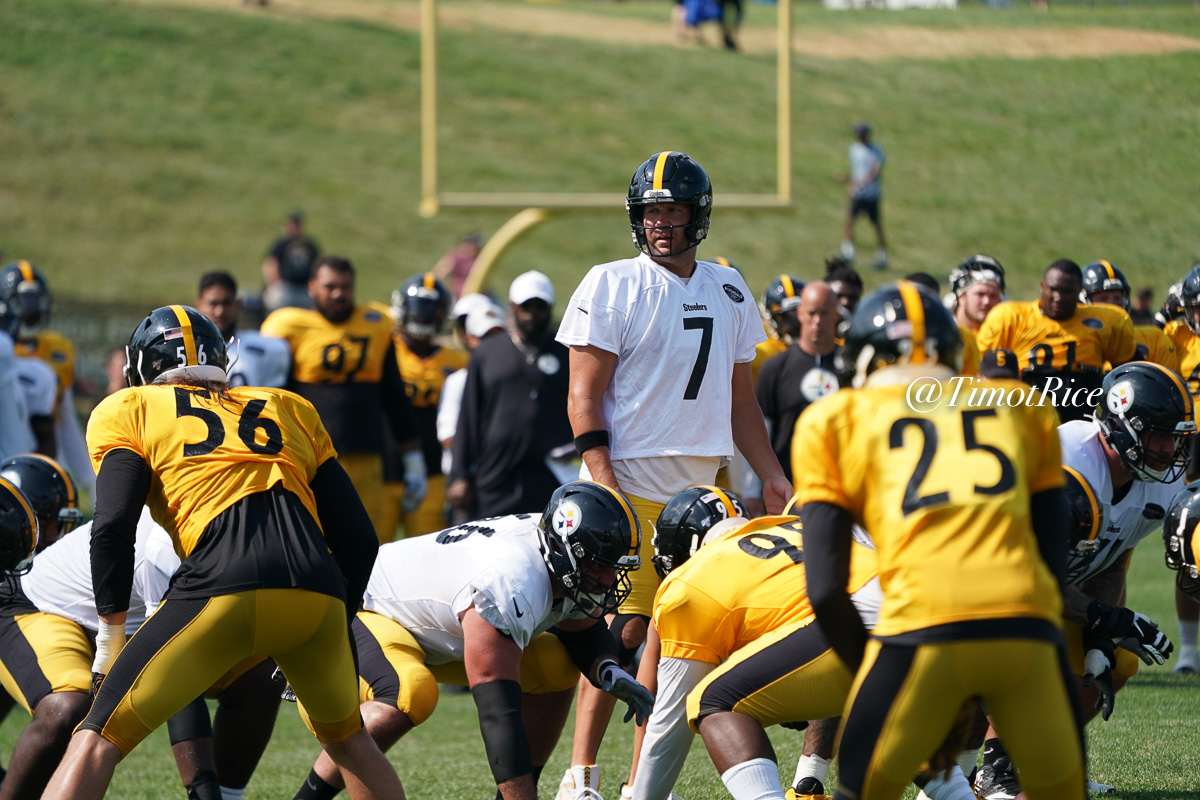 The Pittsburgh Steelers were unable to do business as usual during the summer when it came time to break for training camp due to safety protocols that were put in place related to the COVID-19 pandemic. One of the few teams who continue to travel to an off-site location for camp, the team’s inability to get out to Saint Vincent College was a barrier for what head coach Mike Tomlin likes to instill in his roster each year.

Not that it’s a favorite for everybody in the locker room, especially older veterans. I don’t think anybody is particularly fond of living in dorms, and, frankly, who doesn’t want to sleep in your own bed, especially if you’re a millionaire with plenty of money to buy a very comfortable one?

Former Steelers quarterback Ben Roethlisberger admitted that, as time wore on and he began to raise a family, the strains of dorm life in Latrobe wore on him more and more, and he didn’t particularly miss the lack of travel during his final two seasons, when the team held camp at Heinz Field. But he did say that he ultimately wouldn’t have minded being back in Latrobe for his final season, for one specific reason.

“I told Ashley [his wife] that part of me would’ve been okay going back one last time, like, for the last year, and they ended up not doing it. But I would’ve probably been okay”, he said on the first episode of his new podcast, Footbahlin’.

The Steelers were among the teams to campaign the NFL last year—and the year before that, for that matter—to try to lift restrictions that would allow teams to travel to off-site locations for training camp. They were barred from doing so in 2020 and 2021 despite their best efforts.

Roethlisberger’s reason for being open to the idea of going back to Latrobe was clearly driven by his family and having the opportunity to take his sons up to Saint Vincent College, for certain. He makes that very clear. And there’s nothing wrong with that. It can be a handful for a family if a parent is away for weeks at a time. But as pointed out, the family doesn’t always have to be away. It can even be an adventure, and a memory young kids will remember for years to come.

“I did that with Benjamin [his oldest son], so I got to have him come stay in the room with me, went to some quarterback meetings and whatever”, he said. “So that would’ve been really fun to take the boys up to, Benjamin and Bodie [his younger son], to go up to that. That would’ve been really cool to do. I got to do it with Benjamin, not with Bodie, and I know Benjamin really would’ve loved to do that again. So I do miss that, doing that again”.

Roethlisberger has three children, including a daughter, Baylee. Perhaps she has not shown as much interest in his father’s former profession as the boys have, but I’m sure that he would be just as eager to take her along if she wanted to.

The 40-year-old did stop in to visit his former team during training camp this year, and he was welcomed with open arms. He also expects to be a regular presence at home games going forward—because, as he said on the podcast, his oldest son, Benjamin, insists on going.