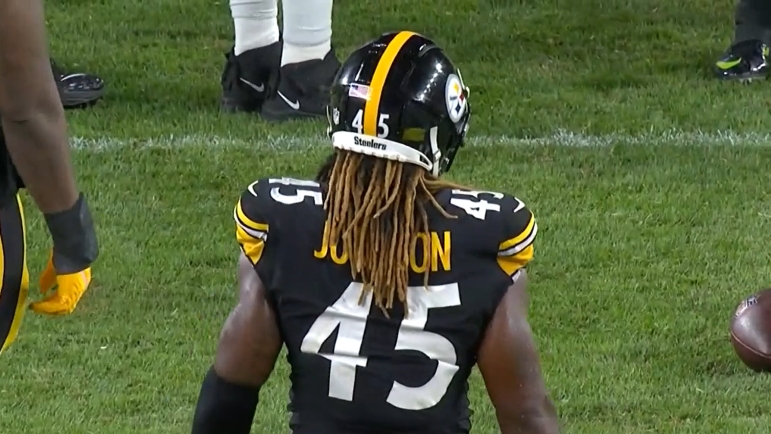 Question: Why didn’t the Steelers re-sign Buddy Johnson to the practice squad?

As with all contracts, even for rookie draft picks, it takes two sides to come to terms on a deal. So whenever we talk about re-signing players to the practice squad who were released, we have to remember that both parties have to want that relationship. Sometimes a player might not want to re-sign to the practice squad of the team that released the.

In other words, we can’t say definitively that the Steelers did not offer second-year inside linebacker Buddy Johnson a contract to sign to the practice squad—and, indeed, they still have three slots open days after practice squad signings began. Yet it’s quite likely, I think, that he would have signed if they had.

A fourth-round draft pick out of Texas A&M, Johnson spent most of his rookie season in 2021 as a healthy scratch, but he did start to dress late in the year, and there was even a very brief window during which it seemed as though he might actually see playing time, only for a foot injury to end his season instead.

Now, it was plain for all to see during the preseason that he didn’t take any kind of meaningful step forward from his rookie year to this one, but there wasn’t anything necessarily so outwardly bad about his play that it would dissuade the Steelers from wanting to keep him around.

The Steelers do have five inside linebacker on their 53-man roster after re-signing Marcus Allen. They signed Chapelle Russell to their practice squad, who had been with the Jaguars since last season, a team they played this preseason.

Perhaps the most likely explanation is that they simply liked Russell more than they liked Johnson. After all, this is a different front office, who may have different views on some players. Kevin Colbert was the general manager when Johnson was drafted. Now Omar Khan and Andy Weidl are in charge there, even if Mike Tomlin remains an important common denominator.