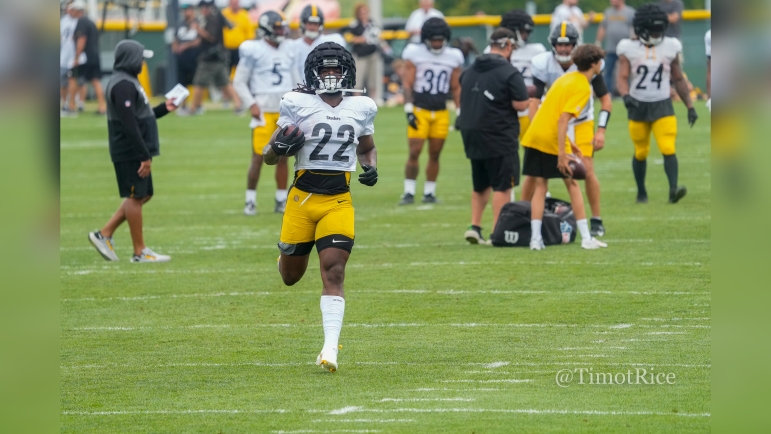 Reasoning: The second-year running back finished the week of practice going full and being left without an injury designation. That means he’s healthy enough that there is no question about him playing, but there are still questions about how much he will play, especially with a Thursday game coming up right after.

It seems that Najee Harris has a lot of people worried these days, or at least writing articles and talking about it on radio broadcasts may be a good way to get some attention. You see, the second-year back dealt with a Lisfranc foot injury during training camp that caused him to miss time, and even though he returned by the final preseason game and then left the opener with a foot injury, that now means something is seriously wrong. Apparently.

Then again, what do I know? Maybe three weeks from now we’ll be talking about how Harris’ sophomore season is jinxed, plagued by a nagging foot injury that’s going to limit him all year and essentially ruin the Steelers’ offense, and then we’ll get to have the conversation about how running backs shouldn’t be drafted in the first round all over again.

In the meantime, however, we’re just going to wait and see what he looks like on the field tomorrow, because he is going to be out there. As said above, we don’t know exactly how much will be put on his shoulders—or his foot—because of the fact that they have a quick turnaround on Thursday night after this, but it should answer some questions.

Some felt that Harris looked slow and labored in the opener. I’ve even seen some saying that Jaylen Warren is the better option right now. Is his foot really that bad? The Steelers and the back himself don’t seem to think so, but the scrimmage tells the tale.