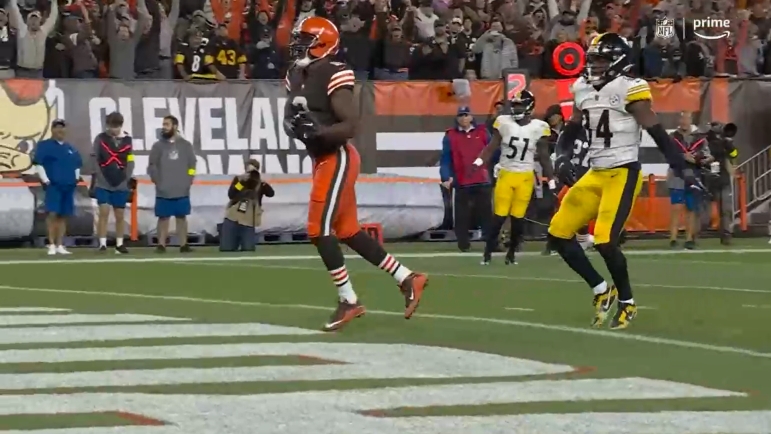 The Steelers’ defense has been on the field for more than 113 minutes this season, out of 190 total minutes played. That includes approximately 70 minutes this week, since they have played twice now following Thursday’s defeat at the hands of the Cleveland Browns.

And in both games this week, things began to unravel and fall apart in the second half, particularly in the fourth quarter, during which the defense has allowed extended drives that have effectively allowed the opposing team to ice the game.

While the defense has been having sporadic issues with getting off the field (it doesn’t help that they have struggled in 3rd- and 4th-and-short opportunities), there is also the fact that the offense has had an extremely difficult time sustaining drives. These past two games in the second half have been particularly brutal.

Now, the defense is still adjusting to not having T.J. Watt out there, but at the same time, they have had to burn so many calories every game because the offense keeps putting them back out there every two minutes.

We see the results with poor execution through missed tackles and other demerits that could be a byproduct of accumulated fatigue. I’m certainly not suggesting that a more possession-oriented offense would cure that currently ails the defense, but it certainly wouldn’t hurt.

So is overwork and fatigue the biggest issue with the Steelers’ defense right now? Would some of the key problem areas they’re seeing be resolved, or at least partway improved, by simply being able to take more plays off?

Regardless of whether or not that’s the case, this team isn’t going to win many games without finding a way to manufacture a consistently sustained offense. There are far too many short drives that quickly put the ball back in their opponents’ hands.