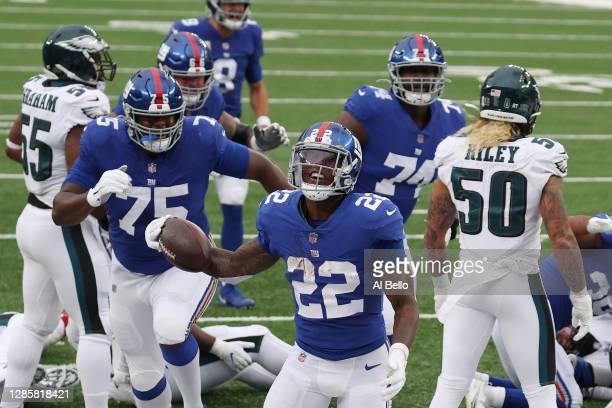 Late last week, it was reported that the Pittsburgh Steelers worked out RBs Wayne Gallman and Jalen Richard. After signing Jeremy McNichols right as the team reported for training camp and then signing Master Teague III after McNichols was placed on IR due to a shoulder injury, it’s clear that the team is looking to add more talent to the backfield behind star RB Najee Harris.

The workouts of Gallman and Richard could just be the team doing its due diligence on names out on the open market or as a means of adding another body to the room with Harris sidelined with a foot injury. Still, when you look at the names that Pittsburgh brought in for a workout, it’s arguable that both Gallman and Richard have accomplished more in the league to date than what the team currently has on the depth chart behind their workhorse back.

Jalen Richard signed with the Raiders as a UDFA in 2016 and has rushed for 1,333 yards and four touchdowns on 264 total carries in six seasons. He’s also had 191 receptions for 1,590 yards and three touchdowns along with production as a kick and punt returner, returning 68 punts for 485 yards and 55 kicks for 1,147 yards. He profiles as a satellite/scat back that brings some special teams ability in a similar mold of former Steelers RB Mewelde Moore.

Jalen Richard dances down the sideline for the TD pic.twitter.com/u0uiok3QUw

Gallman was drafted in the fourth round of the 2017 NFL Draft by the New York Giants and has rushed for 1,548 yards and nine touchdowns on 366 total carries along with posting 81 receptions  for 519 yards and two touchdowns. Gallman split time last season with the Falcons and Vikings after the Giants chose not to re-sign him after his rookie contract was up.

While Benny Snell Jr. and Anthony McFarland have their own niches they bring to the team, it’s arguable that Richard and Gallman not only bring needed competition at the backup RB position, but potentially represent better alternatives than the incumbents to spell Najee Harris as players with proven NFL production.