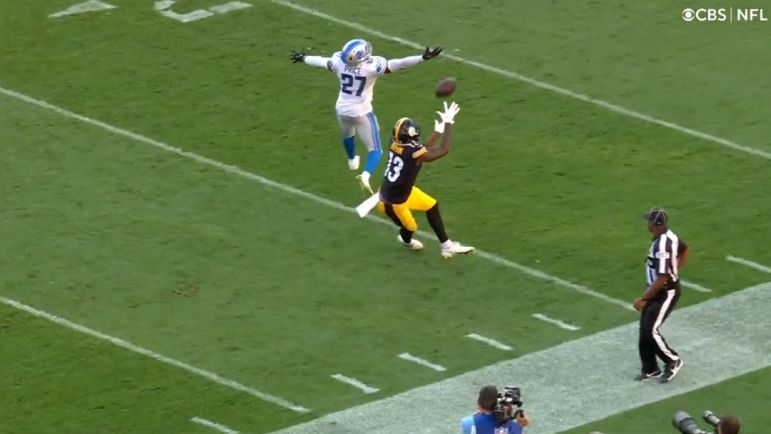 All summer, we’ve talked about how the Pittsburgh Steelers might carry seven defensive lineman, still the most likely course exiting the preseason. They’d be tempted to do the same at wide receiver. D-line and receiver are the Steelers deepest two positions and the latter group stepped up again in Sunday’s win over the Detroit Lions. In particular, Miles Boykin and Steven Sims looked strong and speaking to reporters after the game, Mike Tomlin admitted the team has tough choices to make there.

“I feel good about the group,” he said via the team’s YouTube channel. “I just appreciate the competitive spirit that all the guys gave us. And they played to their strengths. Big guys making big guy plays – Miles Boykin, Cody White making possession-down plays at the sticks and things of that nature. The skedaddlers running around the perimeter. I just thought that guys gave themselves an opportunity cuz they played to their skill set and their strength and that’s what you want. They’re making our decisions difficult. And when you’re in my position, you gotta respect and appreciate that.”

Boykin finished the game with three receptions for 41 yards, highlighted by a 29-yard backshoulder catch from Kenny Pickett. Boykin’s flashed his value on special teams with his ability to defeat press translating well as a gunner. White is a versatile receiver with size. He caught just one pass Sunday but it was an important one, a six-yard grab on third and three.

On the little-guy end of things, Steven Sims has played well since the back half of training camp. He put an exclamation on his work with a touchdown catch to close out the team’s two-minute drill, finishing the day with four grabs. Offseason signing Gunner Olszewski caught two passes for 16 yards and get involved in the receiver run game with two carries for 13 yards, including a gain of 12 that was well-blocked by Pat Freiermuth, George Pickens, and Jaylen Warren. Tyler Vaughns has shined all preseason and should at least land a practice squad spot.

Olszewski seems like a roster lock with the top three on this team: Diontae Johnson, Chase Claypool, and George Pickens. Rookie WR Calvin Austin should at least make the initial 53, though it’s possible he lands on injured reserve due to a foot injury suffered right before the team’s first preseason game. But he’ll have to be kept on the initial 53 in order to be eligible to return, temporarily eating up a roster spot. From there, that leaves one spot left between Boykin, Sims, and the rest, though one of them could circle back if Austin’s injury is serious enough to warrant missing the first month.

Pittsburgh will have to make a decision by Tuesday at 4 PM/EST when rosters must be trimmed down to 53, though there’s always post-cutdown shuffling that makes each team’s initial group fluid.