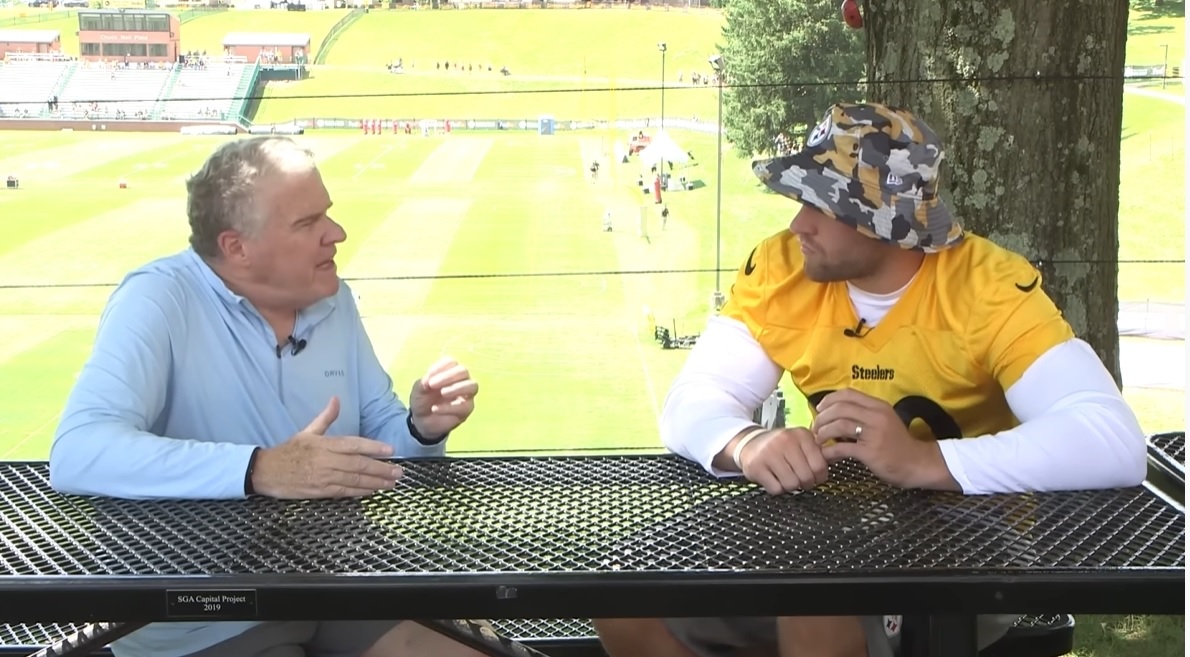 If the Pittsburgh Steelers are going to win in 2022, it’ll be in lower-scoring affairs. At least, whatever qualifies in today’s age where teams put up more points than ever. T.J. Watt knows in order to do that, opposing offenses can’t get into a groove early. Speaking with NBC’s Peter King during King’s recent visit to Steelers’ training camp, Watt outlined his mission for him and the rest of Pittsburgh’s defense.

“Play good defense is where it starts,” he told King in a sit-down interview. “Obviously as a defensive player, I need to say that, but I think that’s where it starts. We need to shut teams down early in games, keep the points down and let our offense go to work.”

Even Watt acknowledges it’s a statement that’s obvious for defenders to make. No one goes into a game or season intending on playing bad defense. But that doesn’t make his assessment any less correct. The Steelers’ defense will need to be their anchor and that means improving from a year ago. While the unit should be better, they have question marks, including with their run defense. Pittsburgh’s secondary will also need to create more splash and turnovers, giving their offense a short field.

If Pittsburgh can do that, Watt believes the offense will produce and the Steelers will win games.

“Obviously we got a good workhorse in Najee. Feel really good about the quarterbacks that we have, whoever’s gonna be starting in Week One, and we have a good group of receivers as well.”

The Steelers’ season will be defined by the run game. An efficient rushing attack offensively and a stifling, or at least top ten, run defense. Pittsburgh’s offensive line will need to be at least average which would feel like a major leap forward compared to the last two seasons. And the defensive line and linebackers can’t make the mental mistakes of a year ago. Tyson Alualu’s current unavailability is already of slight concern for a team who missed his presence in the middle last year.

Over Pittsburgh’s nine wins last season, their offense scored just 22 points. On the surface, that sounds low, but put into some context, it’s the lowest average points scored in wins along the AFC North. Here’s how it stacks up.

Searching another half-dozen teams and I couldn’t find a team who scored so little in victories like the Steelers. The Houston Texans sat at 32 while the closest I could identify in a non-exhaustive search were the Chicago Bears at 22.3. While Watt wants to keep the first half score down, the Steelers’ offense will need to add to first half mark. No team struggled out of the gate quite like Pittsburgh last season. They scored just 114 first-half points, 31st in the league, and only ahead of the depleted New York Giants, who hit 100.

When the Steelers win, they win without a lot of points and by close margins. That speaks to Watt’s point about the need to keep the score down. That’s the mission, that’s the goal, and based on last year’s number, there’s little margin for error.