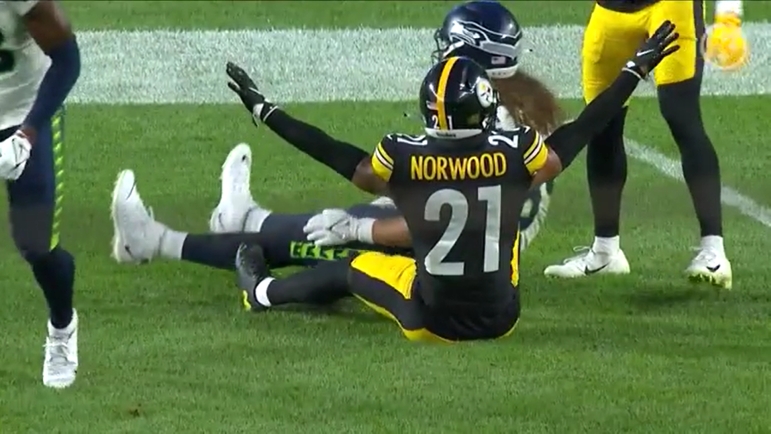 The more you can do, the more value you have. That’s how guys who aren’t necessarily drafted to be starters and studs work their way up the ladder. Cam Sutton began that process years ago while Tre Norwood has followed suit. Speaking to the media Thursday, Mike Tomlin praised all the things both those men can do.

“The versatility of guys is an asset to us particularly in the secondary,” Tomlin said via the team’s YouTube channel. “I think guys who are central to that are Cam Sutton and Tre Norwood. Guys you see move around and do a lot of things…provides a lot of versatility for us.”

Sutton and Norwood are two guys capable of playing all over the secondary. Coming out of Tennessee, Sutton was billed as an ultra-smart football player who blew the Steelers away with his IQ and understanding of the whole defensive scheme, not just his own role. Sutton worked his way into the defensive rotation first as a dime defender, then backup slot corner before moving to right cornerback last year to replace the released Steven Nelson.

Though his role was slightly more defined and static last year, the addition of Levi Wallace is re-opening Sutton’s versatility. He’s moved around quite a bit this summer, playing slot and outside corner. According to our charting, Sutton’s logged 56 total defensive snaps this season. Of that, he’s played 31 in the slot and 25 as the team’s right cornerback. Some of the slot work is due to Arthur Maulet’s injury, but even when the group is healthy, Sutton will slide inside in dime packages, with Wallace coming on the field as the outside corner.

Norwood is cut from a similar cloth. Literally called a “Swiss Army Knife” by Mike Tomlin when the Steelers drafted him in the seventh round of the 2021 Draft, Norwood’s versatility was on display out of the gate. He worked as a slot corner and dime defender, though saw his role scaled back to the latter for the second half of the season. He’s worked as a slot corner in nickel and dime defender this summer and played more defensive snaps than any other Steeler. According to our charting, we have him lined up in these spots:

Their versatility makes the rest of the defense more flexible. Moving Minkah Fitzpatrick around, dropping him from his center field spot to an underneath hook zone means someone else has to replace him. Pittsburgh’s been able to use more post-snap rotations to prevent different pictures to quarterbacks. Add in Damontae Kazee, whose versatile but hasn’t worn a lot of hats in Pittsburgh yet, and the Steelers have plenty of options entering the season. That’s good for creating chaos and weathering injuries.