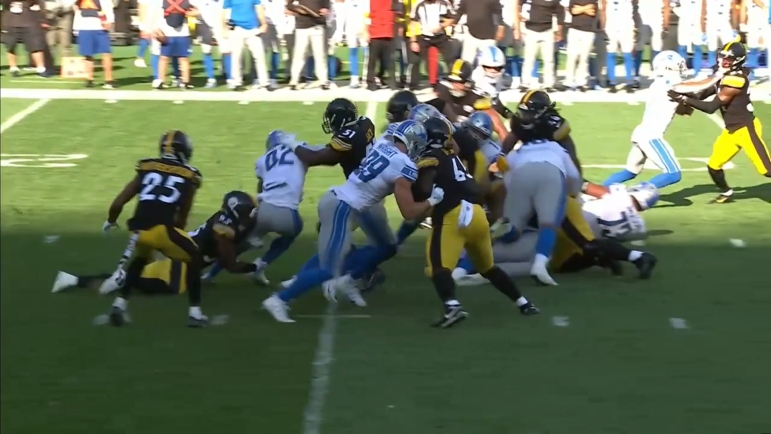 The Pittsburgh Steelers haven’t released an official depth chart for the regular season yet, but the last one we’ve seen has been no different in one important regard: the three ‘OR’ distinctions within the starting lineup have not yet been resolved.

Listed as ‘OR’ since the first depth chart released have been Kevin Dotson and Kendrick Green at left guard (though it’s very likely Dotson has won that job), Ahkello Witherspoon and Levi Wallace at cornerback (though, again, Witherspoon has played in base), and finally, Devin Bush and Robert Spillane at inside linebacker.

While the prevailing assumption will be that Bush is on the field first alongside Myles Jack, Spillane, as defensive coordinator Teryl Austin confirmed yesterday, is still expected to have a role—or more correctly, he expects all three to play, whether Bush or Spillane starts.

“The only clarity we have is we have three guys that can play”, Austin told reporters yesterday when he was asked if there was clarity on the starting lineup at the position, via the team’s website. “We’ll determine their playing time as we get going, but I think you will see all of them on the field”.

This probably won’t come to anybody as a revelation, of course. Spillane was the Steelers’ dime linebacker last season for most of the year, with both Bush and Joe Schobert coming off. He has done some of that this offseason, though so have both Bush and Jack. If I were to guess, Jack will be the every-down linebacker this year.

But how exactly will things be divided up between Bush and Spillane? I am working under the assumption that Bush is going to be on the field for the first (base or nickel) snap of the regular season, but am I chiseling him in as a 17-game starter this year? Honestly, I’m not. I would not be shocked if he gets demoted at some point during the year.

Of course, many fans will be clamoring instead of Mark Robinson. I side with Austin in saying that it’s too early for that, but he indisputably had a good preseason and should be taken as an encouraging sign for his future—not his present, which is on special teams, if not inactive.

In the meantime, it will be interesting to see how this ends up looking over the course of an actual game. Will Bush and Spillane actually rotate series? Will it be more specialized, with one or the other coming onto the field for specific packages and/or situations?

I think it’s reasonable to assume that the coaching staff would like to give Bush the opportunity to redeem himself. But what if he doesn’t? That’s obviously why we now are where we are.