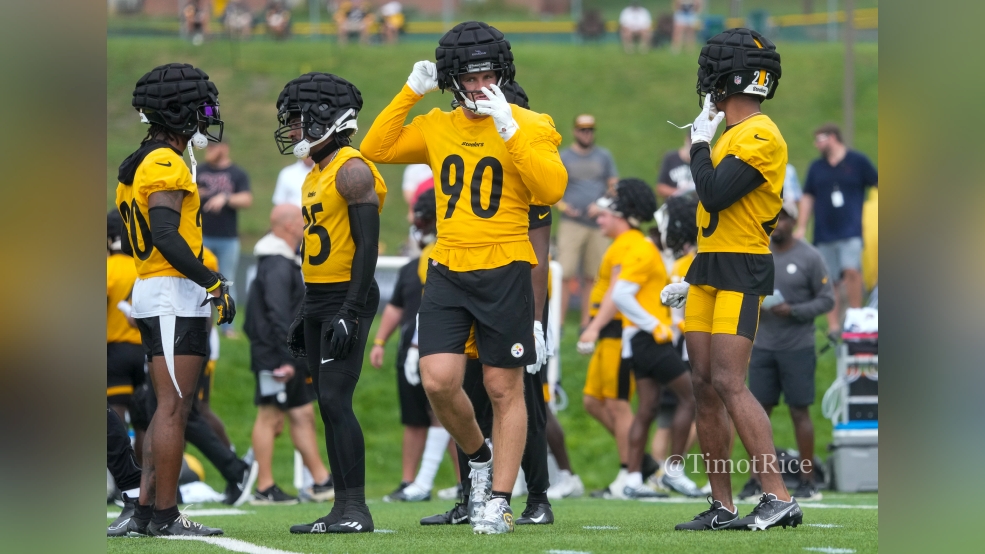 In the 89 seasons of existence, defense has historically been the calling card for the Pittsburgh Steelers.

From the Steel Curtain in the 1970s that led to a dynastic run of four Super Bowls in the decade, to the famed Blitzburgh defense of the 90s that terrorized quarterbacks and opposing offenses with the zone blitz, the Steelers have seemingly always led the way on the defensive side of the football league-wide.

Now, ahead of the 2022 season, the Steelers are aiming for more of the same with the league’s highest-paid defense, which features reigning Defensive Player of the Year T.J. Watt, All-Pro interior defensive lineman Cameron Heyward, and star safety Minkah Fitzpatrick.

That history can sometimes be a bit overbearing, especially defensively, but for Watt — who spoke with Football Morning In America columnist Peter King for NBC Sports Saturday at Saint Vincent College in Latrobe — that history is motivating and has the Steelers’ loaded defense aiming to bounce back from a rather rough 2021 season overall, which saw the Steelers struggle to stop the run throughout last season before a frustrating playoff exit in the Wild Card round.

Though the defensive history certainly hangs over the Steelers’ defense ahead of a pivotal 2022 season in which they’ll be relied upon heavily, Watt stated that the current Steelers are using it as motivation to try and achieve greatness and put themselves in franchise lore overall.

“It’s huge. It’s definitely the elephant in the room. It’s something that is talked about all the time,” Watt said to King regarding the Steelers’ long, illustrious history on the defensive side of the football, according to video via NBCSports.com. “It’s not just about us here, it’s about all those guys that came before us and laid the foundation of truly Blitzburgh, the Steel Curtain and everything. And it’s just trying to make our own legacy within this incredibly traditional organization. It’s very hard to do, especially nowadays, but that’s why…even last year, letting up as many rushing yards as we did is absolutely, completely unacceptable for any NFL team, let alone the Pittsburgh Steelers.

“So, it’s definitely talked about a lot here in Latrobe, where a lot of those teams prepared for seasons.”

So far, the Steelers’ defense has led the way through four practices in Latrobe at Saint Vincent College, dominating the new-look offense as a whole. That shouldn’t come as much of a surprise, considering the familiar faces back defensively under first-year defensive coordinator Teryl Austin.

Not only is the past defensive greatness the elephant in the room for the 2022 version of the Steelers’ defense, so too is the struggle to stop the run last season, much like Watt pointed out to King. That can’t happen again this season, though last year’s struggles had to due with injuries and overall inexperience of some key guys on the field in replacement roles.

The Steelers’ defense is loaded top to bottom ahead of a season in which they’ll be relied upon heavily. Based on the work put in now, and the development under Austin at defensive coordinator, the defense is aiming to put itself in historic company, starting in 2022 behind Watt, Heyward and Fitzpatrick.