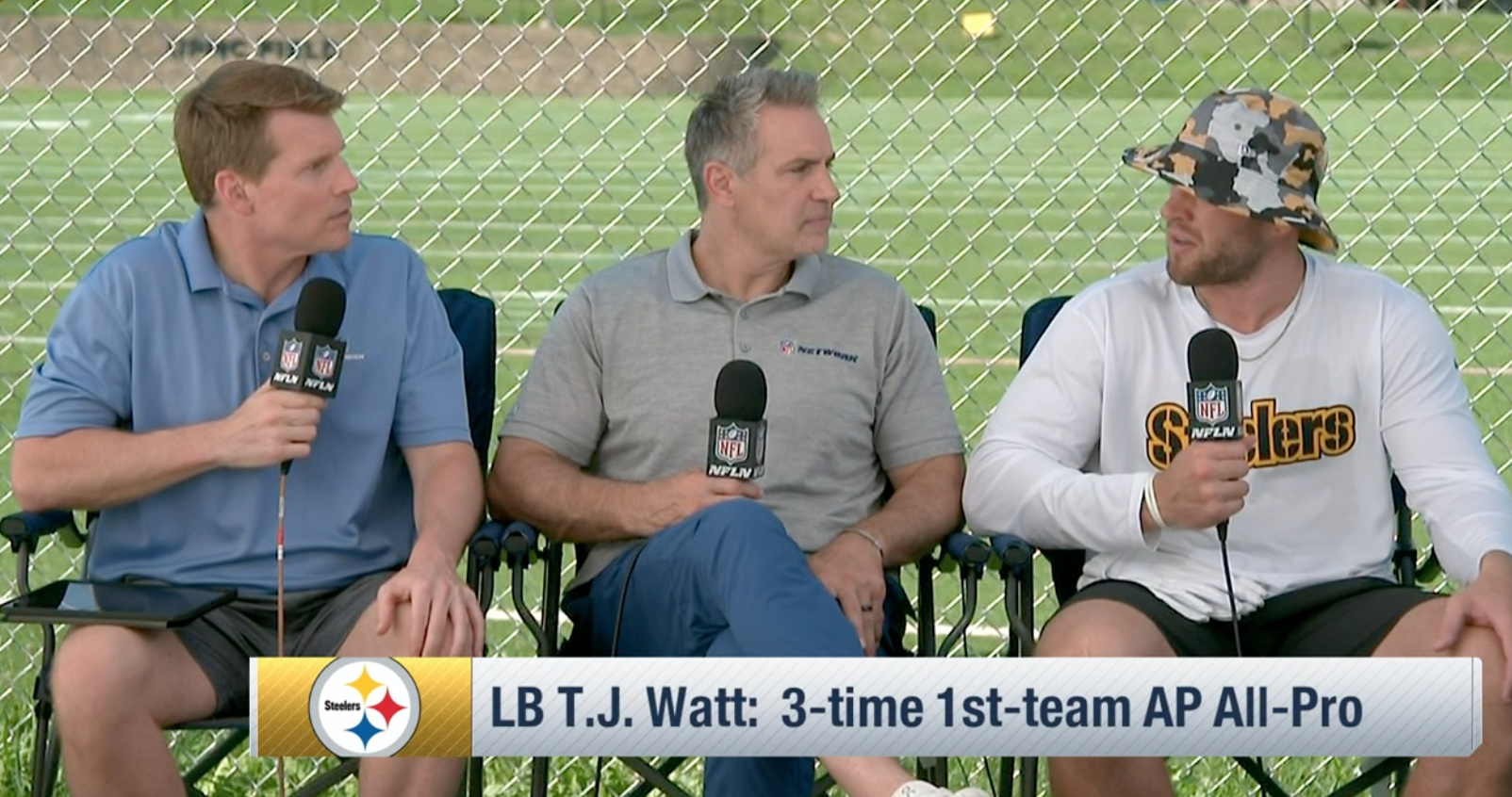 When asked about the three quarterbacks in competition for the starting job and what traits they bring to the table, Watt hit on one particular trait that has stuck out to him that has been a big topic of conversation throughout the offseason at the position: mobility.

“Ya, I think that we’re still seeing distinguishing traits from them, but the number one thing that sticks out with all three of these guys that they’re so mobile and it makes life a lot more difficult for the rush men because as soon as an opening is in the pocket, they’re escaping right away and we’re getting yelled at,” Watt said on Inside Training Camp Live. “So, that’s been the biggest standout so far for me.”

HC Mike Tomlin made it known that he wanted a QB with mobility during the pre-draft process, calling it a “more significant part of the game than it’s ever been”. Over the last few years of Ben Roethlisberger’s career, the Pittsburgh Steelers lacked a QB with sufficient mobility to challenge defenses and force them to commit a defender to him as a viable runner. Making defenses account for the scramble by the QB in the pocket or on designed QB runs can put them in a bind, making them have to defend all areas of the football field and account for the QB as well as all skill positions involved on a particular play.

While mobile QB ≠ running QB, Mitch Trubisky was able to put together 421 rushing yards in '18. That would be the most by a #Steelers QB since Kordell Stewart ran for 537 yards in '01. pic.twitter.com/FSdnBxPvvc

Only a short time later, LB Myles Jack came on set to talk about his experiences thus far in Pittsburgh as a new addition this offseason. After being asked about his journey from Jacksonville to Pittsburgh and how he fits into the Steelers defense, Jack was posed the same question about the quarterback competition. Jack reiterated the same characteristic that the three QBs in competition have with one another that Ben Roethlisberger in the twilight of his career no longer had.

“But those guys, like T.J. said earlier, they’re very mobile,” Jack said. “They’re all competing for their spot. Right now Mitch is the #1, but you can see flashes and all three guys that they can all get the job done.”

For Watt who has competed against Ben in the past in training camp settings as well as Jack who is new to the team this offseason to mention mobility of the QBs this early in training camp is a good sign that Tomlin’s desire for a more mobile passer this season has been met. Granted, the bar was set pretty low with Roethlisberger under center last season, but Trubisky and Pickett have shown they are more than capable at extending the play as a passer as well as creating on the ground as a runner. Mason Rudolph has done the same during his brief exposure, having one of the longest rushes of the season last year when he started against the Detroit Lions.

Respect the effort by Najee Harris and Cody White on this Mason Rudolph 26 yard scramble (longest run of the season for Pittsburgh!). 1st rounder and UDFA. Both doing the little things. #Steelers pic.twitter.com/BdrpcmAHar

As we sit here on August 3, two things we know for certain regarding the QB position. First, the Pittsburgh Steelers will have a new starting QB for Week 1 against the Cincinnati Bengals. Second, their starting QB will be a more mobile passer than what they have had the last several seasons. Losing Ben’s experience will be difficult to make up for, but the ability to extend plays and create with their legs on the ground will be qualities the new starting QB will bring to the table to benefit the offense in 2022.