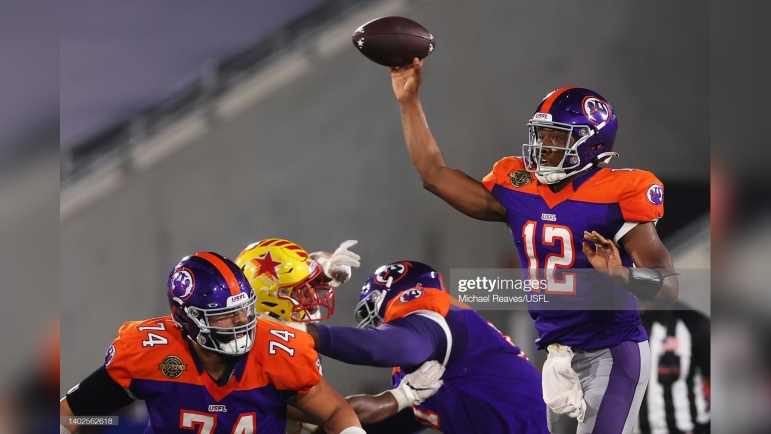 The Pittsburgh Steelers are keeping their summer rolodex going. After working out four players last week, the team worked out four more recently. Those four most recent names include WRs Javon McKinley, Juwan Green, and D.J. Montgomery along with QB Vad Lee.

McKinley was signed by the team Monday and practiced in full for the team’s first padded practice of the summer. He will wear #21 for the Steelers. Clearly, the team worked out a handful of receivers to add camp depth following Diontae Johnson’s hold-in and Chase Claypool’s shoulder injury, which appears to be minor but has caused him to miss the last two practices. His return date is unknown and based on the signing, it seems likely he’ll be out at least a couple more days. But unless there’s another injury, it’s doubtful Green or Montgomery would be signed. Green went undrafted out of Albany in 2020 and was recently released by the Tennessee Titans. Montgomery has been in the league since 2019, undrafted out of Austin Peay, and was waived by the New York Jets late last month.

Lee, 29, was a star quarterback at James Madison after transferring from Georgia Tech. He’s bounced around through multiple leagues, playing in the CFL, the Your Call Football League, and most recently with the Pittsburgh Maulers in the USFL. Joining the team midseason as they looked for stability at the position, Lee completed 55.5% of his passes with six touchdowns and six interceptions. He helped lead Pittsburgh to their only win of the season. He has yet to ever sign with a NFL team.

There’s no known injury to any of the Steelers’ top four quarterbacks so they’re likely just keeping Lee’s name on file on their tryout list.