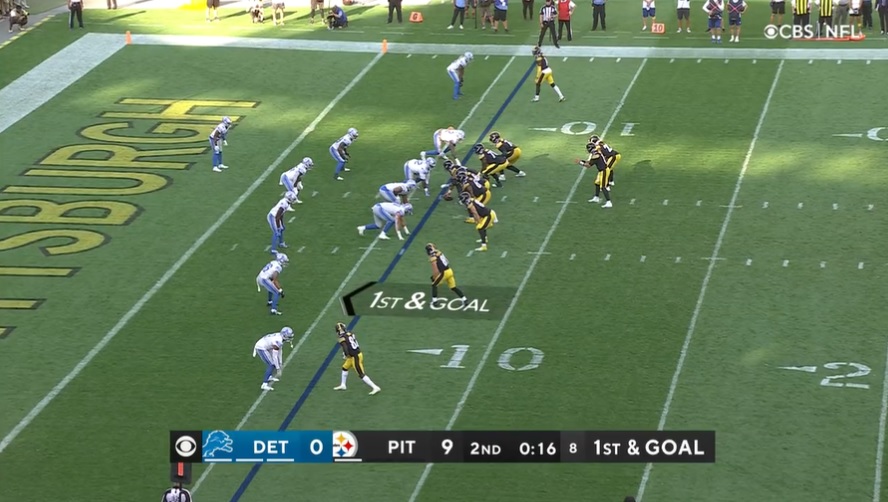 Winners and losers from the Pittsburgh Steelers 19-9 win against the Detroit Lions in Sunday afternoon’s preseason finale.

Mitch Trubisky: You’re looking at your Week One quarterback. Of course, that isn’t much of a shock, Trubisky’s been the favorite wire-to-wire but he cemented things today. Specifically, with his two-minute drill, going 92 yards on six plays and capping things off with a TD pass to WR Steven Sims. That should lock up his spot as the team’s #1 quarterback going into the season. Trubisky consistently pushed the ball downfield with downfield completions to TE Pat Freiermuth and WR Diontae Johnson. He threw a pretty backshoulder throw to George Pickens and had a nice deep ball that fell incomplete.

How things go when the regular season starts remains to be seen but he’ll be taking the first snap of the season against the Bengals.

Pat Freiermuth: Freiermuth is as reliable as ever, seemingly a gravitational pull that absorbs every football thrown his way. He caught three passes for 45 yards in the first half Sunday, including a 32-yarder far down the middle during the team’s two-minute drill. On his 60 catches a year ago, he didn’t have a catch longer than 24 yards. Through two preseason games this summer, he has two receptions that have equaled or surpassed that. That’ll be his biggest change compared to a year ago.

Mark Robinson: All week, Robinson drew Vince Williams comparisons. He further solidified that idea with a big stick on a first-half kickoff. Robinson’s enjoyed a nice summer defensively but hadn’t made much of a mark on special teams with some negative marks there. It was good to see his physicality shine on the coverage unit. He’s a great bet to make the team.

Minkah Fitzpatrick: After feeling a but stuck last year with less overall secondary versatility, more depth and experience is opening Fitzpatrick up this summer. He missed the first week of camp with a wrist injury but now looks in midseason form. He had a great third down breakup down the hashes in the first half and picked up a sack on a safety blitz. New DC Teryl Austin may be bringing more heat from his safeties – the Steelers blitzed a safety five times against the Jaguars.

Cam Heyward: Not that Heyward needed to be evaluated much in this game but he was his excellent self. Getting off blocks in the run game and most notably, batting down a pair of passes. He set a career-high with nine of them a year ago and after being doubled and given more attention in 2021 due to the injuries around him, he’s found other ways to impact the passing game. The Steelers’ front did a great job defending the quick pass game today with four deflections. Rookie DeMarvin Leal continues to shine with two QB his and a pass deflection.

Myles Boykin/Steven Sims: Two guys with quiet starts to the summer but have charged hard at the end. Sims is quick and crafty in the open field and was on the receiving end of Trubisky’s two-minute drive touchdown Sunday, a short slant for the score. Boykin had a nice backshoulder snag from Picket and has carved out a real role and presence on special teams. To me, Boykin has the edge but both guys have thrown their hat into the ring as part of the Steelers’ deep receiver room.

Chris Boswell: One block aside that wasn’t his fault, Boswell was money today, highlighted by nailing a 54-yard field goal early in the fourth quarter. Now the lone kicker on the roster, he went 4/5 today and bounced back after knocking off the rust last week. Pittsburgh will ask a lot out of their kicker this year and Boswell is about the best man for the job.

Elijah Riley: A late name to the list and late name to the team. Riley was brought in to replace safety Donovan Stiner this week. He tackled well in the open field and had a late fourth quarter, fourth down breakup. With Damontae Kazee’s unfortunate-looking wrist injury, the door could open up for a versatile DB like Riley.

Dan Moore: Was the offensive line a little better today? I guess. The bar was set low. But it’s still a far cry of where it needed to be. Moore was the most notable offender. He was called for a pair of holds, the latter necessary to avoid giving up a sack. He seemed to work independent hands better but his overall performance looked shaky. Needless to say, he hasn’t made the second-year jump the team needed.

O-Line Penalties: But Moore wasn’t the only one to have issues. Penalties were the line’s biggest problem with four first-half penalties. Two on Moore, a false start on OG Kevin Dotson, and a hold on OT Chukwuma Okorafor. There was also an illegal formation call too. Absolute drive killers and one reason why the offense had to settle for three-straight field goals before their two-minute drive touchdown.

Third And Long Defense: A more specific area of critique, the Steelers’ third down defense overall wasn’t bad. The Lions began the game 2/8. But the two they gave up were killers, converting on 3rd and 17 with a 27-yard run and 3rd and 12 with an underneath completion that moved the sticks. Those breakdowns were more notable on the heels of Myles Jack’s comments last week of needing to win more on third-and-long. That mission wasn’t exactly accomplished today.

Second Half Run Defense: It’s a world of difference when T.J. Watt and Cam Heyward and Minkah Fitzpatrick aren’t in the game. Detroit had just 48 rushing yards at four yards per carry in the first half. The second half was a complete 180. Until late in the fourth quarter, Pittsburgh allowed 69 yards on nine carries, an average 7.7 yards per carry with big holes, missed tackles, and poor run fits. Some of what the team dealt with last season. Not a good note for that unit to go out on as they really try to turn around their run defense though again, the backups were largely the issue.