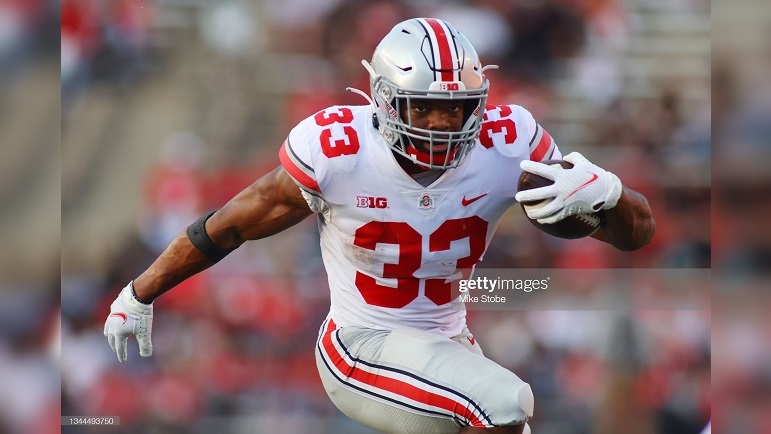 The Pittsburgh Steelers made a few transactions ahead of the team’s Wednesday training camp practice, and they both center around the running back position.

The Steelers announced that running back Jeremy McNichols, who was signed last Tuesday, has been placed on the team’s Reserve/Injured list. McNichols suffered a shoulder injury a few days ago and has not practiced since.

The team also announced on Wednesday that they have signed running back Master Teague III to the active roster to take McNichols’ place.

Teague, an Ohio State product, originally signed with the Chicago Bears as an undrafted free agent back in May. He was waived by the Bears just three days later, however. In his four seasons at Ohio State, Teague rushed for 1,764 yards and 17 touchdowns on 323 total carries. He also caught 11 passes for another 118 yards.

Teague is expected to practice with the Steelers on Wednesday.

McNichols will be on a split salary of $530,000 while on the Reserve/Injured list.

MASTER TEAGUE FOR THE TD@OhioStateFB retakes the lead against Indiana 👏👏 pic.twitter.com/r05rvVonKn