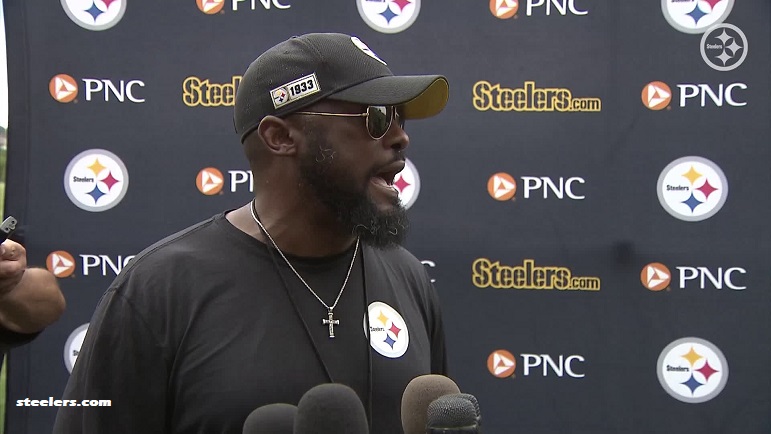 The Pittsburgh Steelers have now wrapped up their sixth training camp practice of 2022 at Saint Vincent College in Latrobe, and after the Tuesday padded session was completed, head coach Mike Tomlin once again updated the health of his team.

“Not a lot to add from an availability or health standpoint,” Tomlin said. “Najee [Harris] can be described as day-to-day. All those other ones that we’ve been describing as day-to-day remain in that category. Some of the guys that started on a variety of lists, guys like [Tyson] Alualu and Larry O. [Ogunjobi] and Minkah [Fitzpatrick] are inching closer to participation and so we’re excited about that.”

The good news on Tuesday is that there were seemingly no new injuries that occurred during practice. That bad news, however, is that several players sat out the Tuesday session. As Tomlin indicated, running back Najee Harris (foot) did not practice on Tuesday after having his left foot stepped on midway through the team’s Monday session. That injury is not expected to be serious.

Of those players just listed, Joseph was a surprise addition on Tuesday.

Tomlin confirmed on Tuesday that Wallace was out sick earlier in the day. He was also asked about McNichols and his shoulder injury as well.

“Yeah, I don’t have the results of that evaluation, but he is being evaluated today for shoulder,” Tomlin said.

The Steelers’ next practice will take place on Wednesday at Saint Vincent College in Latrobe.