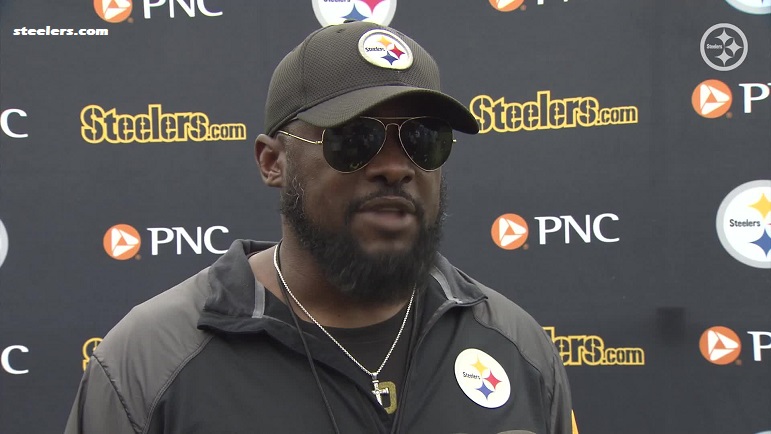 The Pittsburgh Steelers have now wrapped up their 17th training camp practice of 2022, and after the Wednesday session was completed at Saint Vincent College in Latrobe, head coach Mike Tomlin provided yet another brief heath update of the team and this one included a new player.

“From a health standpoint, [Isaiahh] Loudermilk wasn’t able to finish with a rib injury of some kind, that’s being evaluated,” Tomlin said. “No steps backwards for the people that are working in an increased manner in an effort to get back to us and so we’re excited about that trajectory. We’re going to need all hands on deck this weekend in Jacksonville.”

The new addition on Wednesday is obviously defensive end Isaiahh Loudermilk (ribs), who was injured during individual work, according to Alex Kozora. Hopefully he can be ready for the Saturday night road preseason game against the Jacksonville Jaguars.

The Steelers’ next camp practice is scheduled for Thursday at Saint Vincent College in Latrobe, and it will be the final one of 2022 that’s open to the public as the team is breaking camp on Friday.