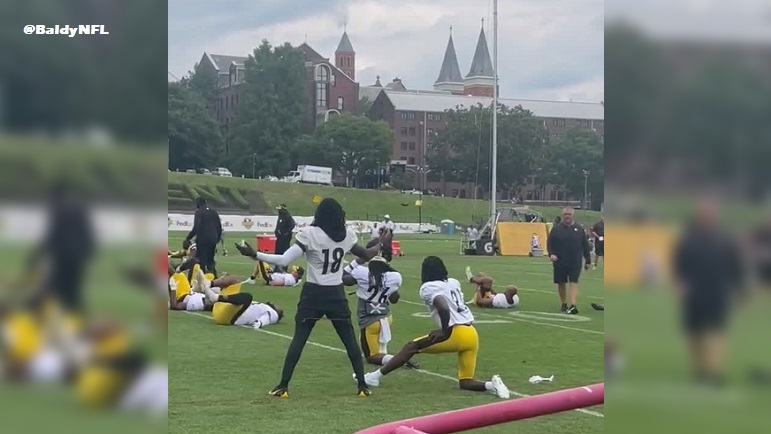 The Pittsburgh Steelers just wrapped up their Thursday training camp practice at Saint Vincent College in Latrobe,  the final session open to the public ahead of the team’s first preseason game of 2022 Saturday night. While Steelers head coach Mike Tomlin did not meet the media after the session to provide an injury update of his team, our very own Alex Kozora was present to pass along a makeshift one for us.

According to Kozora, defensive tackle Tyson Alualu (knee) participated in the seven shots portion of practice, but that was all for him as he continues to ramp up his work after being removed from the Active/PUP list earlier in the week. Alualu is not expected to play Saturday night in the preseason opener.

Not practicing on Thursday for the Steelers were running back Benny Snell Jr., tight end Zach Gentry (undisclosed), fullback Derek Watt (shoulder), guard Kevin Dotson (ankle), inside linebacker Marcus Allen (hamstring), wide receiver Chase Claypool (undisclosed), outside linebacker Alex Highsmith (ribs), outside linebacker Genard Avery (groin) and defensive tackle Montravius Adams (ankle). Most of those players, if not all of them, are likely to be held out of the Saturday night preseason opener at Acrisure Stadium against the Seattle Seahawks.

Earlier on Thursday during his press conference, Tomlin was asked if he has ruled out any players for Saturday night due to injuries.